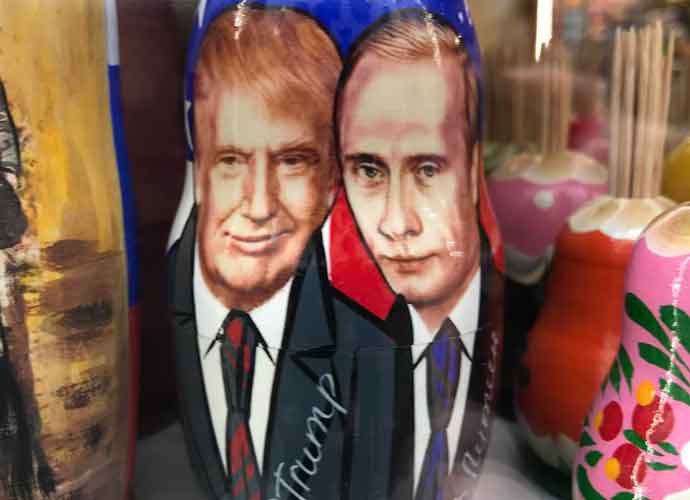 It appears the official White House transcript and video of the joint press conference from the Helsinki summit with President Donald Trump and Russian President Vladimir Putin excluded one critical question.

The question is essential because Putin appears to frankly admit to a motive for meddling in the 2016 U.S. presidential election, despite repeatedly denying any Russian interference.

During the press conference, reporter Jeff Mason had asked Putin the question: “Did you want President Trump to win the election and did you direct any of your officials to help him do that?” Putin repsonded, “Yes, I did. Yes, I did. Because he talked about bringing the U.S.-Russia relationship back to normal.”

But the first part of Mason’s question — the part about wanting Trump to win — is not included in the White House’s footage of the event. In the White House video, Mason is simply heard asking, “And did you direct any of your officials to help him do that,” followed by Putin’s response.

Neither the official White House transcript nor its live-stream of the exchange didn’t include Mason’s full question. It only shows the second part of Mason’s question, “And did you direct any of your officials to help him do that?” The White House didn’t immediately provide an explanation for this, The Atlantic reported.

While the White House record of the press conference provided an incomplete picture of Putin’s response, the Kremlin nixed the exchange between Mason and the Russian president entirely from its transcript of the event, according to The Huffington Post.

It is easy to assume the White House omitted the first part of the question so as not to make it seem like Putin wanted Trump to win, which would be further motive for election interference.

MSNBC’s Rachel Maddow said in her show that she thinks the people at the White House know exactly what they’ve done.

“The U.S. government is essentially following the Kremlin’s playbook and maintaining that something we all saw happen with our own eyes, we all heard happen with our own ears, has nevertheless disappeared ― like old political opponents being airbrushed out of photos,” she said. “It’s weird, right? It’s creepy.” Maddow added, “It turns out it wasn’t a mistake. It was on purpose.”