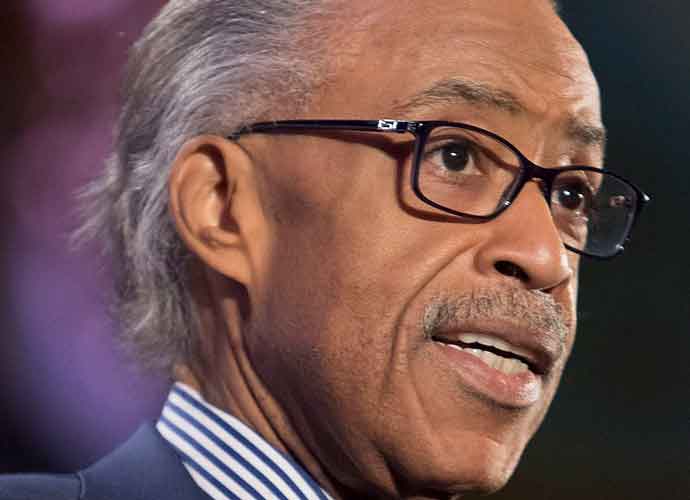 WATCH: Rev. Al Sharpton Eulogizes George Floyd – ‘Get Your Knee Off Our Neck!’

The baptist minister and talk show host underscored that the death of Floyd, who was killed by a Minneapolis police officer who kneeled on his neck for almost nine minutes, should not have happened.

“I want us to not sit here and act like we had a funeral on the schedule. George Floyd should not be among the deceased,” Sharpton said. “He did not die of common health conditions. He died of a common American criminal justice malfunction. He died because of there has not been the corrective behavior that has taught this country that if you commit a crime, it does not matter whether you wear blue jeans or a blue uniform, you must pay for the crime you commit.”

Sharpton went on to criticize President Donald Trump‘s photo-op with the bible in front of the Washington D.C. church amidst peaceful protests. Reporters said they watched demonstrators be teargassed in order to clear the path for Trump to take that picture.

“First of all, we cannot use Bibles as a prop and for those that have agendas that are not about justice, this family will not let you use George as a prop. If you want to get your stuff off, don’t use him,” Sharpton said.

The reverend noted that Floyd’s death was a culmination of “401 years” of oppression.

He added, “What happened to Floyd happens every day in this country, in education, in health services, and in every area of American life, it’s time for us to stand up in George’s name and say get your knee off our necks.”

Sharpton urged the family to keep faith, saying God has and will to continue to bring about change.