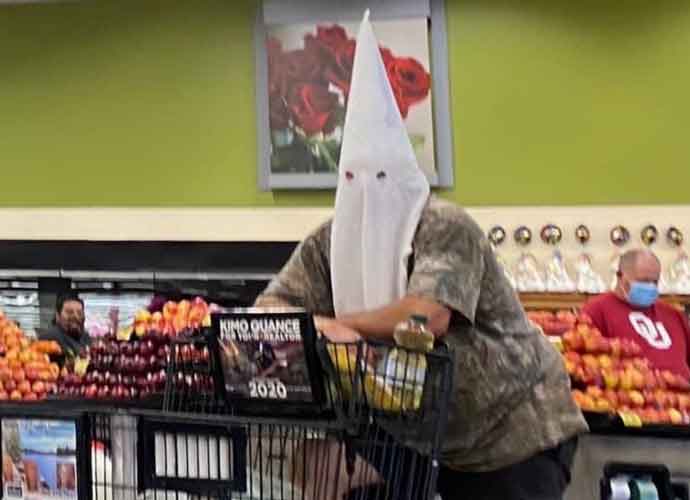 The grocery shopper wearing a Ku Klux Klan in Santee, California has been identified, the Sheriff’s Department announced Tuesday.

Photos of the Vons shopper posted online went viral and prompted the investigation as well as an apology from the city’s mayor.

“Detectives have identified the man in the images and will continue their follow-up of the incident,” a news release read. “The Sheriff’s Department would like to thank the public for their assistance and cooperation with this incident.”

A man grocery shopping with a KKK hood in Santee, California. The city of Santee has a history of racism & people in southern California call it ‘Klantee’. This is Trump’s America. pic.twitter.com/AYRdnMVnXK

The department did not disclose the man’s name or how he was identified.

Witnesses reported on social media that the man was asked to remove the mask when he went to check out, but no further actions were taken.

Albertson’s, a grocery store chain that owns Vons, apologized in a tweet Tuesday and said that they were “reviewing with our team how to best handle such inappropriate situations in the future.”

Hello, we are reviewing with our team how to best handle such inappropriate situations in the future. We do sincerely apologize.

“There was an incident in Santee on Saturday where citizens photographed a male wearing attire that depicted a symbol of hatred,” Minto wrote. “The citizens and Vons employees took steps to address the situation. Many thanks to all who stepped forward to curtail this sad reminder of intolerance. Santee, its leaders, and I will not tolerate such behavior. Santee and its citizens are great, and this particular individual’s actions are not representative of us as a people and a wonderful city.”