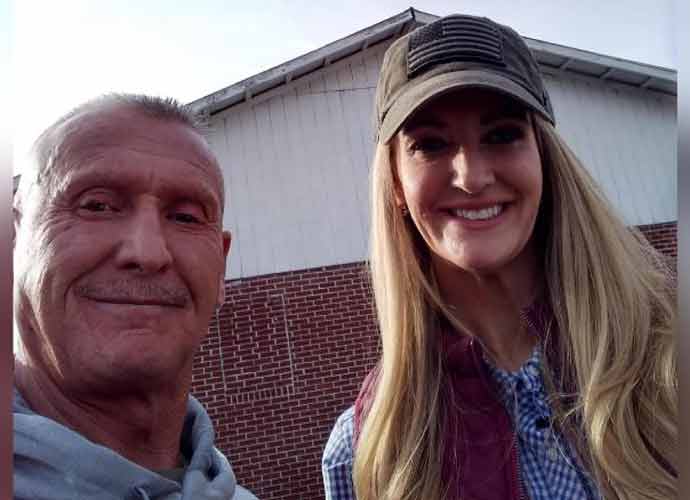 A photo of Sen. Kelly Loeffler (R-Georgia) next to a white supremacist at a campaign event on Friday spread on social media and caused her campaign team to respond.

“Kelly had no idea who that was, and if she had she would have kicked him out immediately because we condemn in the most vociferous terms everything that he stands for,” Loeffler’s spokesman Stephen Lawson told the Atlanta Journal-Constitution.

The photo shows Loeffler posing on the right of Chester Doles, former Klu Klux Klan leader and member of the neo-Nazi National Alliance. Doles was sentenced to prison in the 1990s for assaulting a black man in Maryland and years later, attended the 2017 Unite the Right rally in Charlottesville, Virginia as a member of the Hammerskins, a racist skinhead gang.

Doles posted the photo he took of him and Loeffler this weekend to VK, a Russian social networking site, which angered many Democrats and caused Loeffler to be slammed on social media.

Warnock’s spokesman, Michael Brewer, used the photo to his candidate’s advantage, saying there was “no acceptable explanation” for Loeffler’s photo with Doles.

“While Kelly Loeffler runs a campaign based on dividing and misleading Georgians, she is once again trying to distance herself from someone who is a known white supremacist and former KKK leader who nearly beat a black man to death,” Brewer said. If elected, Warnock would be the first black person to represent Georgia in the Senate.

The runoff elections for control of the Senate take place on January 5.