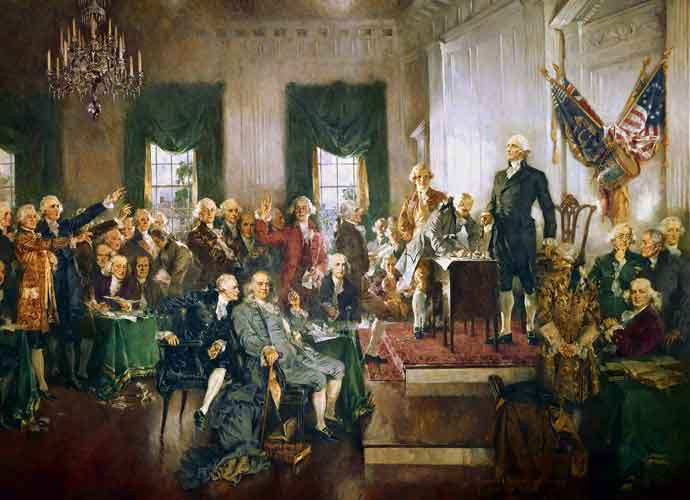 Signing of the U.S. Constitution

Democrats will try to push again for the Equal Rights Amendment in Congress, in an attempt to ratify the nearly century-old measure that would formally recognize the equality of sexes.

The amendment, known as the E.R.A, was one state short of the 38 needed for ratification when the deadline passed in 1982. The goal is to have Virginia sign to be the 38th state, as Democrats gained control of the state legislature Tuesday night.

“We will be bringing that back, and yes, we do have the votes to pass it,” Filler-Corn said.

House Judiciary Committee chairman Jerrold Nadler (D-New York) will announce that his panel intends to mark up a bill which would eliminate the deadline for states to adopt the E.R.A.

“It is now highly likely that if we eliminate the deadline, Virginia will ratify and become the 38th state, and then the E.R.A. can go into effect as a constitutional amendment,” Nadler told the New York Times Friday. “So it’s time to do it.”

While the House is likely to vote to eliminate the deadline, it is unclear how the Republican-controlled Senate would vote.

However, Republicans have previously supported the amendment. It was first incorporated into the Republican platform in 1940, four years prior to the Democrats adding it to their platform. It was not until 1972 that the E.R.A. passed both the House and the Senate with the required two-thirds majority.

The measure was then sent to the states for ratification with a seven-year deadline. When that deadline passed in 1979, Congress extended it to 1982.

The 15 states that did not ratify the amendment before the deadline were Alabama, Arizona, Arkansas, Florida, Georgia, Illinois, Louisiana, Mississippi, Missouri, Nevada, North Carolina, Oklahoma, South Carolina, Utah, and Virginia.

Both Nevada and Illinois ratified the amendment after the deadline.

The amendment’s main clause is just 24 words: “Equality of rights under the law shall not be denied or abridged by the United States or by any state on account of sex.” Its wording has not been altered since 1943.