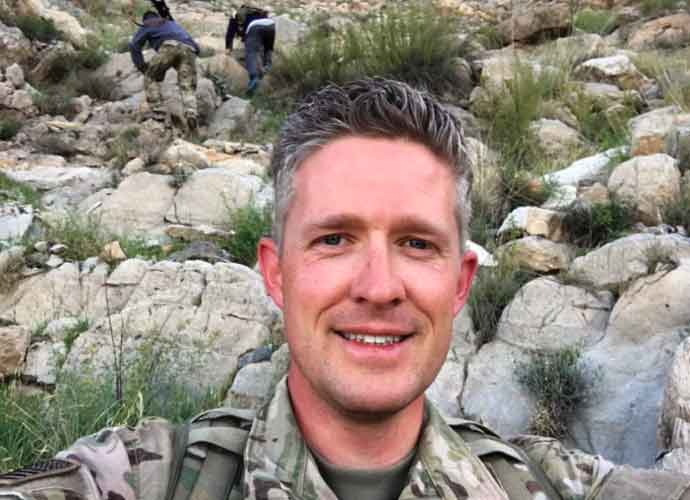 The mayor of a small Utah town and 12 year veteran of the National Guard was killed while deployed in Afghanistan in an apparent insider attack in Kabul on Saturday, according to North Ogden City Councilman Phillip Swanson.

Mayor Brent Taylor was among the two casualties of the attack perpetrated by a member of the Afghan National Defense and Security Forces, according to the Resolute Support coalition, a NATO-led effort to support the Afghan government.

The other service member was evacuated to Bagram Airfield after receiving wounds related to the attack. He is in stable condition, authorities said.

Taylor was elected mayor of North Ogden City, a town 45 miles north of Salt Lake City, in 2013. He had stepped down as mayor temporarily in order to deploy to Afghanistan with his state’s National Guard.

“We are devastated by the loss of our Mayor and friend, Brent Taylor,” read a Facebook post on the city’s page. “Brent had a profound influence on this community. He was the best of men with the ability to see potential and possibility in everything around him.”

Taylor had served as an officer in the National Guard for over decade, including seven years of active duty over two tours in Iraq and Afghanistan.

The surprise attack on Taylor and his fellow service member came a little over two weeks after a similar attack was carried out over 300 miles away in Afghanistan’s southern province of Kandahar.

The Taliban claimed responsibility for the attack that wounded the U.S. general and “the notorious police chief,” their main target, though it is currently unknown if the Islamic terror organization is responsible for the Kabul attack that killed Taylor.

The Taliban’s influence has expanded greatly over the last three years, and now encompasses more territory than it has since 2001, according to a report released this week by U.S. government investigators.

The outlook of America’s longest war in history — currently in its 17 year — looks bleak, as Taliban forces have managed to wrest control of nearly 45 percent of Afghan territory, and civilian deaths have reached new records.