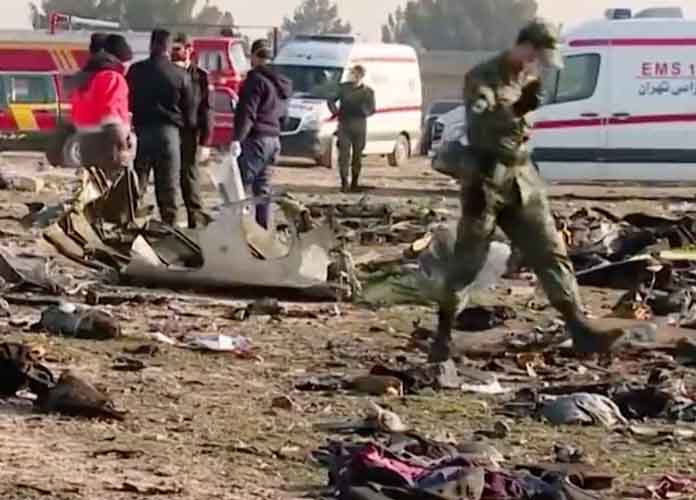 Two U.S. officials on Thursday said it was “highly likely” that Iran was responsible for a missile that shot down a Ukrainian passenger jet on Tuesday.

All 176 people on board the plane were reportedly killed. The jet’s crash came just hours after Iran launched an airstrike against Iraqi military bases that housed American troops, the latest development in the escalation of the conflict between the U.S. and Iran that began with the killing of top general Qassem Soleimani.

Ukraine was also investigating who was behind the plane’s crash in Iran. The country previously experienced a similar occurrence in 2014. Russian-backed separatists at the time encroached on parts of eastern Ukraine and a Russian-made missile took down Malaysia Airlines Flight 17 in the nation and all 298 people on board were killed.

Earlier this week, President Donald Trump said he suspected Iran was behind the most recent attack on a Ukrainian jet and added he disagreed with Iran’s initial statement that a mechanical malfunction was to blame for the crash.

TOP DEMOCRATS RUNNING FOR PRESIDENT IN 2020

American officials cited the presence of satellites in the vicinity of the plane crash to explain their belief that Iran caused the incident. A preliminary Iranian report from Thursday stated the jet’s pilots never called for help and said the plane was attempting to return to the airport when it started going down.

The crash is also likely to hurt Boeing’s reputation, as three of the manufacturer’s planes have now crashed over the last year. The previous two were both the 737 Max model. Boeing’s CEO was fired last month in the wake of the outrage over these incidents. The company said Thursday it is prepared to help with the latest crash in any way possible.