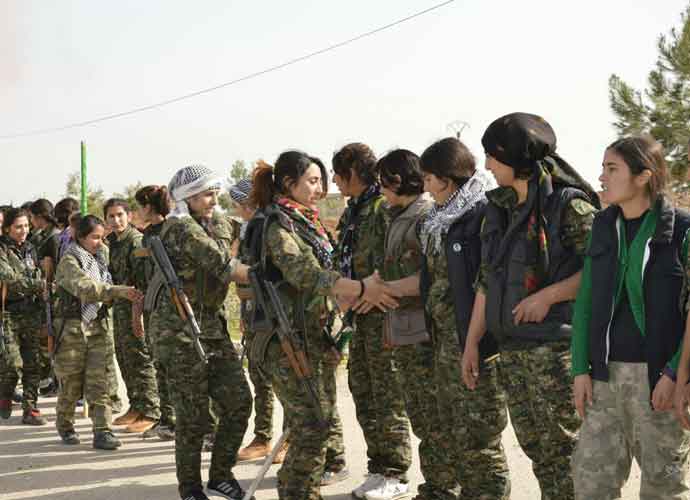 U.S. Military Bombs Its Own Syrian Headquarters After Trump-Ordered Withdrawal

President Donald Trump’s withdrawal of U.S. troops from Syria sent shockwaves throughout the world. After Trump announced his decision last Sunday, the U.S. military was left to improvise its withdrawal.

The small U.S. force stationed in Northern Syria couldn’t repel the Turkish offensive. Initially, U.S. forces used F-15s and Apache helicopters in vain to counter the Turkish incursion. The Turkish-backed fighters were not cowed down by the display of U.S. firepower. The Turks kept on advancing toward U.S. headquarters.

The U.S. forces beat a hasty retreat from their headquarters when they realized they could not hold it. The U.S. military bombed its own headquarters after evacuating its personnel.

The bombing deprived the Turkish-backed fighters of U.S. ammunition and military equipment. This facility was built by the U.S. to train and equip the Kurdish Peshmergas or Syrian Democratic Front.  The Kurdish Peshmerga fighters set fire to their part of the base before fleeing.

Vice President Mike Pence and Secretary of State Mike Pompeo flew to Turkey. A truce brokered by Pence and Turkish President Recep Tayyip Erdogan resulted in an agreement between the U.S. and Turkey. Under this agreement, Turkey agreed to a cease-fire. The Kurds agreed to withdraw from the Turkey-Syria border region.