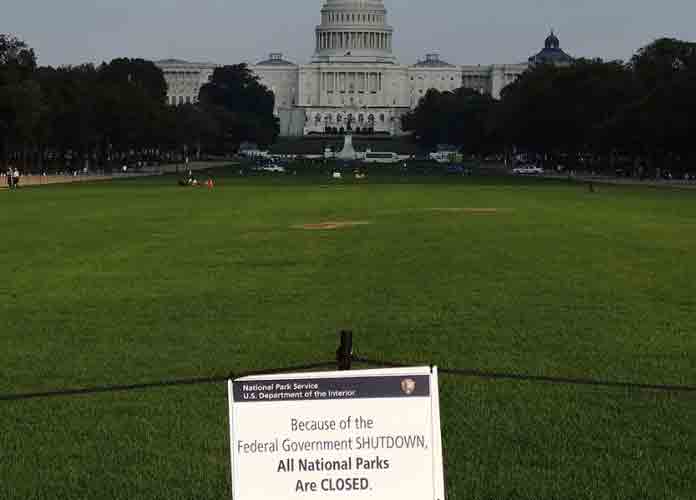 President Donald Trump on Friday signed a short term spending bill into law to reopen the federal government despite getting no money for his border wall.

The three-week stopgap measure will reopen previously shuttered departments of the government through February 15, putting an end to the longest government shutdown in U.S. history.

Following a second missed paycheck for furloughed federal workers and mounting pressure by both Democrats and a few Republicans within his party, the president ceded the little negotiating ground he had left, bringing the government to a 35-day-standstill without so much as a cent he demanded for a barrier.

“If he gives in now, that’s the end of 2019 in terms of him being an effective president. That’s probably the end of his presidency. Donald Trump has made a promise to the American people. He’s going to secure our border,” said Rep. Lindsey Graham (R-S.C.) during a January 2 interview with Fox “News” host Sean Hannity.

“I will sign a bill to open our government for three-weeks,” the president said Friday in an announcement at the White House. “We have reached a deal to end the shutdown,” he continued saying that a “bipartisan conference committee of House and Senate lawmakers” will “put together a Homeland Security package for me to shortly sign into law.”

The announcement came after weeks of negotiations that seemingly went nowhere, with both sides dug in and neither willing to back down. Democrats have insisted throughout the shutdown that the president first reopen the government before discussions on wall funding could take place. Though Democrats have made clear that they are not in support of a physical barrier, they would discuss enhanced border security measures and increased funding.

“We don’t agree on some of the specifics of border security,” Senate Minority Leader Chuck Schumer said Friday. “Democrats are firmly against a wall.” “But we agree on many things,” he added, “such as the need for drug inspection technology, humanitarian aid, strengthening security at our ports of entry. And that bodes well for finding an eventual agreement.”

Still, the White House hasn’t ruled out calling for a national emergency as a means of bypassing Congress to free-up funds for a structure along the southern U.S. border. The White House counsel’s office has been reviewing for weeks the legality of such a move, which is sure to be almost immediately challenged in court.

I wish people would read or listen to my words on the Border Wall. This was in no way a concession. It was taking care of millions of people who were getting badly hurt by the Shutdown with the understanding that in 21 days, if no deal is done, it’s off to the races!