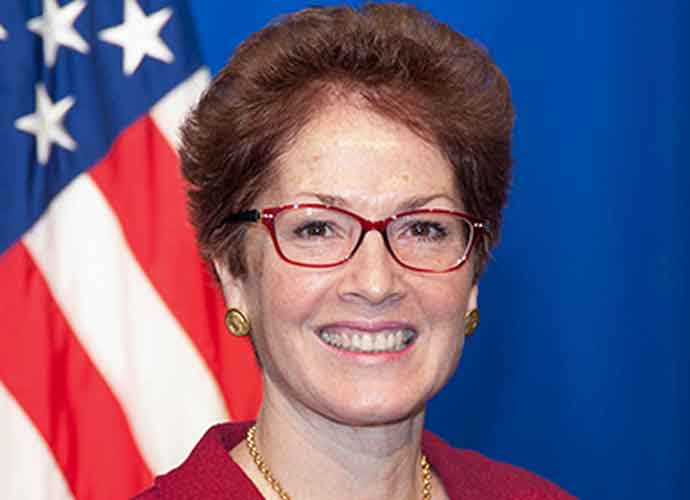 President Donald Trump was heard in a recording obtained by ABC News saying he wanted to “take her out,” referring to former U.S. ambassador to Ukraine Marie Yovanovitch.

The recording was taken, according to sources familiar with the event and recording, during a private Trump International Hotel dinner on April 30, 2018. Others present at the private dinner include Lev Parnas and Igor Fruman, two of Rudy Giuliani’s  former business associates. They have both since been indicted in New York.

Parnas and Fruman appear to be telling the president that Yovanovitch had been badmouthing him.  “The biggest problem there, I think where we need to start is we gotta get rid of the ambassador,” Parnas said. “She’s still left over from the Clinton administration. She’s basically walking around telling everybody ‘Wait, he’s gonna get impeached, just wait.’”

Yovanovitch was recalled from her position as ambassador in April 2019, a year after the recording was taken; a decision she says was based off of “unfounded and false claims by people with clearly questionable motives.” Sources say Fruman was responsible for making the recording.

In response to the recording being released, White House press secretary Stephanie Grisham said, “Every president in our history has had the right to place people who support his agenda and his policies within his Administration.”

Messages retrieved in the House investigation between Parnas and Giuliani show efforts from the two to remove Yovanovitch from office. A message sent from Guiliani to Parnas in May 2019 said, “Boy I’m so powerful I can intimidate the entire Ukrainian government.”

A copy of the recording is now in the custody of federal prosecutors in New York’s Southern District. They have yet to comment on the recording’s contents.