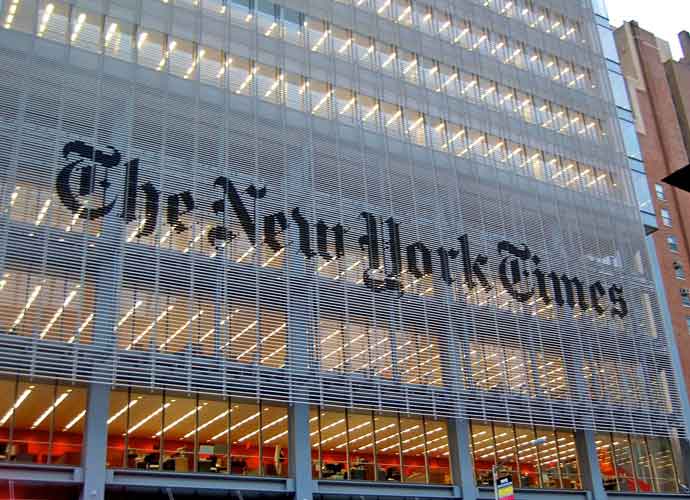 On Saturday, President Donald Trump accused the New York Times of using a “phony” source in an article about the on-again, off-again summit with North Korean leader Kim Jong-un. He was wrong.

Trump took to Twitter to rail against the Times, alleging the “senior White House official” that said “even if the meeting were reinstated, holding it on June 12 would be impossible, given the lack of time and the amount of planning needed.”

The Failing @nytimes quotes “a senior White House official,” who doesn’t exist, as saying “even if the meeting were reinstated, holding it on June 12 would be impossible, given the lack of time and the amount of planning needed.” WRONG AGAIN! Use real people, not phony sources.

Following the briefing, Trump reiterated to reporters that the summit could still potentially occur on June 12, saying, “They very much want to do it. We’d like to do it. We’ll see what happens.”

This Twitter attack is only one of several the president has launched in the past month, including angrily accusing NBC News of fabricating sources and attacking the Times once again for supposedly making up sources.

NBC NEWS is wrong again! They cite “sources” which are constantly wrong. Problem is, like so many others, the sources probably don’t exist, they are fabricated, fiction! NBC, my former home with the Apprentice, is now as bad as Fake News CNN. Sad!

….non-existent “sources” and a drunk/drugged up loser who hates Michael, a fine person with a wonderful family. Michael is a businessman for his own account/lawyer who I have always liked & respected. Most people will flip if the Government lets them out of trouble, even if….

It is unclear whether the president was unaware of this briefing or if he knowingly made up this statement in an attempt to discredit the media.