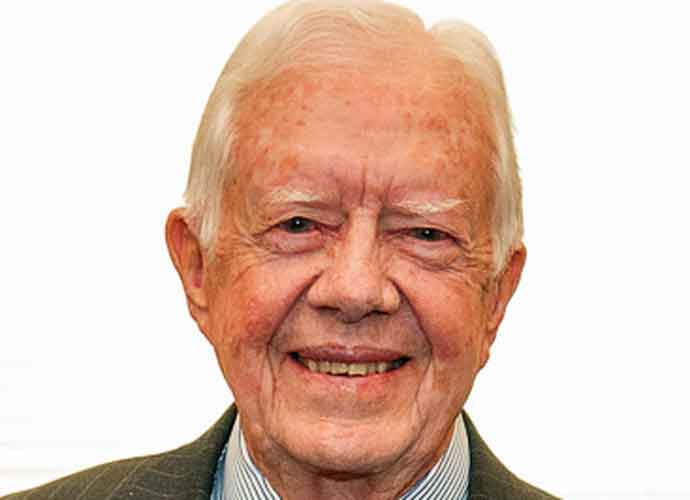 At a news conference in Osaka, Japan, President Donald Trump attacked former President Jimmy Carter for claiming that Trump would not have won the 2016 presidential election were it not for the hacking of Russian agents.

Trump downplays former president Jimmy Carter calling him illegitimate and saying he wouldn't have run but for Russian interference as "a Democrat talking point," and trashes him as "a terrible president" pic.twitter.com/ebVg2V7fmJ

Carter, who was president from 1977 to 1981, made the allegations on Friday at an event in Leesburg, Virginia. He claimed that a full investigation of the 2016 election would show that Trump didn’t actually beat Hillary Clinton and is an “illegitimate” president.

The current president responded that “everybody now understands that I won not because of Russia, not because of anyone but myself. I went out and campaigned better, smarter, harder than Hillary Clinton.”

Trump also responded to Carter’s request that he “admit that it [the hacking] happened,” asserting that he had spoken to Russian President Vladimir Putin about the interference during a private meeting the previous day. In public, however, Trump made light of the hacking, jokingly telling Putin, “Don’t meddle in the election, president. Don’t meddle in the election.”

The president has often refused to attack his Russian counterpart over the 2016 election interference, instead confusingly choosing to take the side of his geopolitical enemy. During a 2018 summit in Helsinki, Trump appeared to accept Putin’s denials of Russian election hacking even though the CIA and the American intelligence community all agreed that was not the case. While former Special Counsel Robert Mueller’s investigation found no evidence that Trump had colluded with the Russians, it did find concrete evidence that Moscow had influenced the election and helped bring Trump to victory.

In a recent interview with ABC, Trump mentioned that if he was offered help by a foreign power in the 2020 elections, he would take it and might not report it to the FBI. His comments have worried figures from all over the political spectrum, as many fear that the 2020 presidential elections may see a repeat of foreign interference