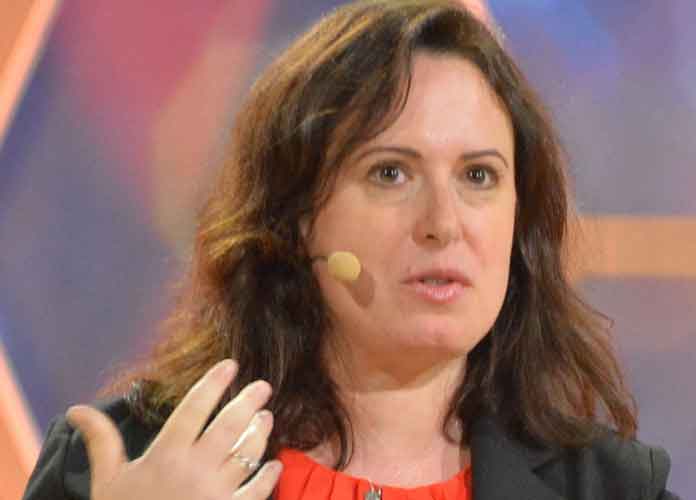 The first episode of the new Showtime documentary series The Fourth Estate was a captivating, 90-minute behind-the-scenes look into one of the most prolific and well-respected news organizations’ reporting of the U.S.’s current political situation.

Directed by Liz Garbus — a two-time Oscar nominee and two-time Emmy Award winner — The Fourth Estate details the Times’ coverage of President Donald Trump‘s administration. The name of the series is derived from one of the commonly used nicknames for the press, which is considered by some to be like the “fourth branch of government.” Though the series officially airs on Sunday night, the Times aired a special screening on Thursday night.

The first episode of the series focuses on the newspaper’s reporting of Trump’s first 100 days in office, a period that is often regarded as a defining one for any U.S. leader. Among the Times journalists whose hard work is shown in the series are White House Correspondent Maggie Haberman, Washington bureau chief Elisabeth Bumiller, and the paper’s executive editor Dean Baquet.

The series opens with dozens of Times reporters staring intently at television and computer screens to watch Trump’s inauguration speech on January 20, 2017, a scene reminiscent of many seen on TV drama series like Aaron Sorkin’s The Newsroom. The major focus of the speech, the Times decides, is the president’s statement that “This American carnage stops right here and right now,” a warning that inspired the newspaper’s front-page headline that day.

In a conference meeting shortly afterward, many of the newspaper’s staff agree on how shocked and disturbed they were by Trump’s “dark” speech, and how it was completely unlike any address they had ever witnessed any major U.S. leader give.

We then proceed to see the Times reporters struggling and scrambling to contact sources for information, accurately phrase their articles, and attend major events like White House press briefings and political rallies.

Perhaps one of the most memorable — and oddly entertaining — moments in the first episode is seeing Haberman speak to Trump directly over the phone regarding Paul Ryan, Mitch McConnell and the Republican party’s failure to pass a healthcare bill to replace Obamacare. “Are you glad to have this in your rear-view mirror, sir?” Haberman at one point asks the president, who clearly appears frustrated by the collapse of the bill. “It’s enough already,” says Trump, a quote that she includes in her article about the story. Haberman then tweets out a snippet of her conversation with the president, and quickly sees a series of comments mocking her for her light and soft tone when speaking about Trump. One user derided her for calling Trump “disciplined” during the phone call, and asked of Haberman, “What are you, 12?”

Haberman’s long previous history of working in tabloids and organizations like the conservative New York Post, the New York Daily News and POLITICO is also explored.

The first episode also briefly shows the Times’ coverage of a non-Trump-related story: Fox News host Bill O’Reilly’s sexual harassment scandals — which surfaced in April 2017 — and subsequent settlements with the women who accused him. The documentary shows a woman who gave an interview with the Times about her contacts with O’Reilly and how he threatened to retaliate against her.

Though a more in-depth look at how reporters obtained their sources would have been interesting, The Fourth Estate’s first episode certainly offers a genuine, raw portrayal of journalists’ determination to continue being a reliable and trustworthy news source, despite Trump’s repeated attacks on the First Amendment and what he believes to be “fake news.” The Times’  frequent correspondence with its Washington, D.C. bureau and The Washington Post for crucial information is also explored, as well as the debate of “is it more important to be first or to be right” when publishing stories. The Post is depicted as both a great ally and a fierce rival for the Times, as the two organizations are ultimately competing to reveal the same information to the American public.

In a post-screening panel discussion, moderated by Times assistant editor Sam Dolnick, Haberman, Bumiller, and Washington correspondent Michael Schmidt all confessed that they never fully became used to learning jarring information coming from the White House and to Trump’s repeated attacks on the newspaper. When Dolnick asks them if they learned to grow accustomed to and brush off the president’s insults, all three Times reporters quickly shook their heads in near-unison.

“It was hard, especially in the beginning,” said Bumiller of coping with media attention and filming the docuseries. “I found it exhausting, they have the cameras there all day. I felt like I had to behave.”

However, Bumiller said, she eventually grew used to the cameras being around her.

“They really wanted to tell our story and were committed to doing it in a fair way,” said Schmidt of the filmmakers like Garbus behind the documentary series.

Haberman — who has been covering Trump for several years — took a picture with the president in the White House recently, and discussed how she first met Trump in early 2015, just months before he officially announced his candidacy. She then echoed Schmidt’s comments and explained her take on Trump’s attacks on the press.

“The intentions were clearly very good, and that had become clear to everybody,” said Haberman. “And especially at a moment when you have a president who is trying to turn us into the opposition party, I think that as the year went on, it became clearer to a lot of us the importance [of what we do.]”

“There is this idea that we shouldn’t be the story, but given that a lot of the people I discovered in the course of the 2016 campaign and in the early parts of the administration don’t actually understand what newspapers and journalists do, to the extent that this can be clear that this is not some sinister thing that is being cooked up in a lab, and that we are not what Trump paints us as.”

The “failing” New York Times clearly cannot be stopped by even an authoritarian president.