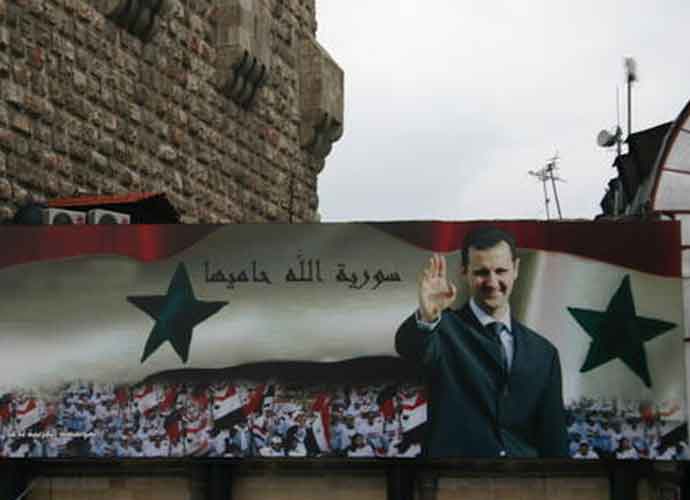 “I tell you, he’s the best American president. Why? Not because his policies are good, but because he’s the most transparent president,” Assad said in a state television interview. His remarks were translated by NBC News.

Syrian President Assad said on Thursday that President Trump is the best type of president for a foe due to his open talk of annexing Middle Eastern oil. pic.twitter.com/B9AZdnwoRK

“All American presidents commit crimes and end up taking the Nobel Prize and appear as a defender of human rights and the ‘unique’ and ‘brilliant’ American or Western principles,” Assad said, “but all they are is a group of criminals who only represent the interests of the American lobbies of large corporations in weapons, oil and others.”

He praised Trump for being transparent about what he wants, including Syria’s oil fields.

In early October, Trump announced he was withdrawing all American troops from the northern border of Syria, provoking criticism that he was abandoning Kurdish allies and opening a gateway for ISIS resurgence. The House passed a bipartisan resolution 345-60 rebuking the move.

However, Trump decided last week to leave a small U.S. force in northeastern Syria to keep Assad and Iran from taking over the region’s lucrative oil fields.

The Pentagon has begun deploying additional forces and armored vehicles to defend the oil fields. They could send several hundred more troops, and possibly end up exceeding the number of U.S. soldiers stationed in Syria before Trump took office.

In the interview, Assad criticized the decision but added that his country could not stand up to the United States and that American troops leaving Syrian soil was not foreseeable in the near future.

He said Trump “speaks with transparency to say, ‘We want the oil.”

“What do we want more than a transparent foe?” he added.