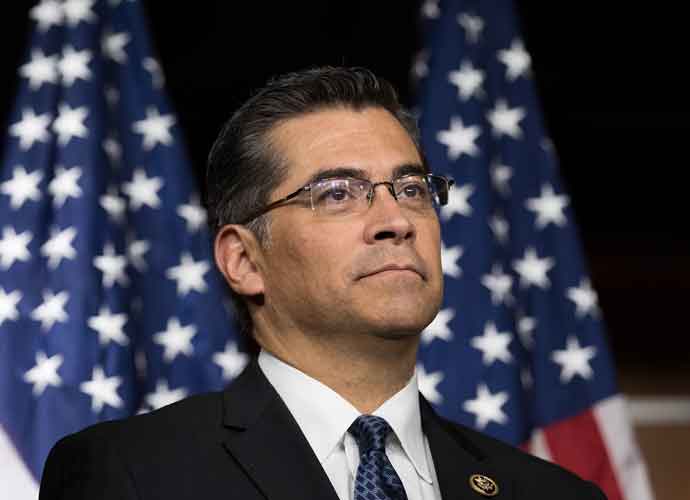 WASHINGTON, DC - MAY 11: Rep. Xavier Becerra (D-CA) listens during a news conference to discuss the rhetoric of presidential candidate Donald Trump, at the U.S. Capitol, May 11, 2016, in Washington, DC. Donald Trump is scheduled to meet with Speaker of the House Paul Ryan on Thursday near Capitol Hill.

In a razor-thin vote of 50-49, the Senate has confirmed Xavier Becerra as secretary of the Department of Health and Human Services. Sen. Susan Collins (R-Maine) broke party lines and voted to confirm Becerra.

Becerra met with more than 40 Senators before his confirmation vote. Besides Collins, Becerra also swayed centrist Sen. Joe Manchin (D-West Virginia) after a meeting. Manchin previously killed the nomination of Neera Tanden as director of the office of budget and management after announcing he would not vote for her.

Becerra’s support of abortion rights, “Medicare for All” and California’s pandemic restrictions on businesses and churches led to the opposition of almost all Senate Republicans. “Their arguments almost verge on the ridiculous,” Senate Majority Leader Chuck Schumer (D-New York) said Thursday. “As the Biden administration works to defeat this pandemic, the president deserves to have his Cabinet confirmed.”

Becerra has been praised for his work in the House Ways and Means Committee and recognized for outstanding efforts in the COVID-19 pandemic response and combatting growing opioid addiction in America. Becerra said in the hearings for his nomination that his first objective will be to appoint a new leader to the Food & Drug Administration which has not had a full-time leader in close to a year.