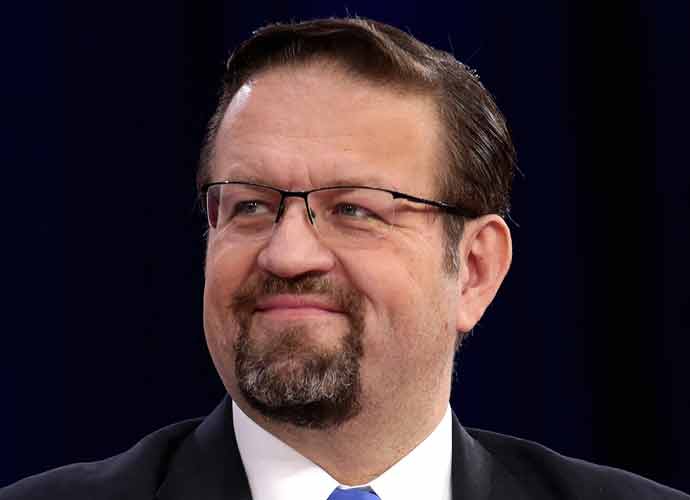 Sebastian Gorka, Accused Of Links To Neo-Nazi Groups, Returns To Trump Administration With Appointment To Education Board

Sebastian Gorka, a White House advisor linked with extreme right-wing views, has been appointed to join the National Security Education Board. He will be overseeing a program that engages with educational institutions to teach students foreign language skills and cultural competencies.

Gorka had supported President Donald Trump during his candidacy in 2016 serving as a policy consultant which helped him land his role as a White House advisor before Chief of Staff John Kelly removed him in 2017.

The investigation conducted by The Foward revealed Gorka’s affiliation with a Hungarian neo-Nazi group known as the Vitézi Rend before he came to the U.S. His allegiance with the group was publicly noticed after he wore the group’s medal at the presidential inauguration baul in 2017.

Gokra had also co-founded two political parties alongside Hungarian nationalists and had actively been supporting the group with attending their events and publishing articles.

The group was created under a vocal anti-Semite who worked alongside Adolf Hitler during World War II and imposed restrictions on Jewish people. They uphold these nationalist and racist principles even today.

After being removed from working in the White House, Gorka has kept his political activism by working with Breitbart News as the national security editor while still supporting Trump.