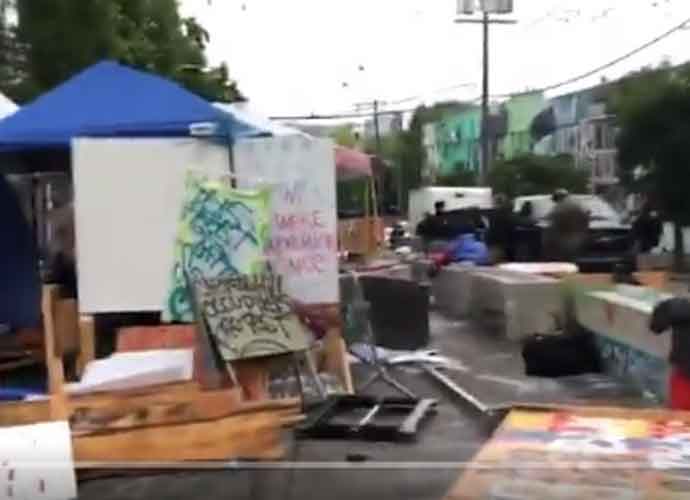 Due to ongoing violence and public safety issues in the East Precinct/Cal Anderson Park area. Mayor Jenny Durkan has issued an executive order to vacate the area. Seattle police will be in the area this morning enforcing the Mayor’s order. https://t.co/SpVRYIB8eg pic.twitter.com/JAt2AvUTCr

“Our job is to support peaceful demonstration but what has happened on these streets over the last two weeks is lawless and it’s brutal and bottom line it is simply unacceptable,” Police Chief Carmen Best told reporters.

Police began clearing the area around 5 a.m., taking down fences around protestors’ tents and poking around bushes with batons. A loud bang was heard at about 6:15 a.m. followed by a cloud of smoke, but there is no evidence of clashes between police and protesters. The footage from the protest site showed the police wearing riot gear and protestors showing no resistance. According to Seattle Police, at least 13 people were arrested.

BREAKING – Seattle’s CHOP/CHAZ has been dismantled in just under an hour by the police with little or no resistance.pic.twitter.com/2EExBLoNMX