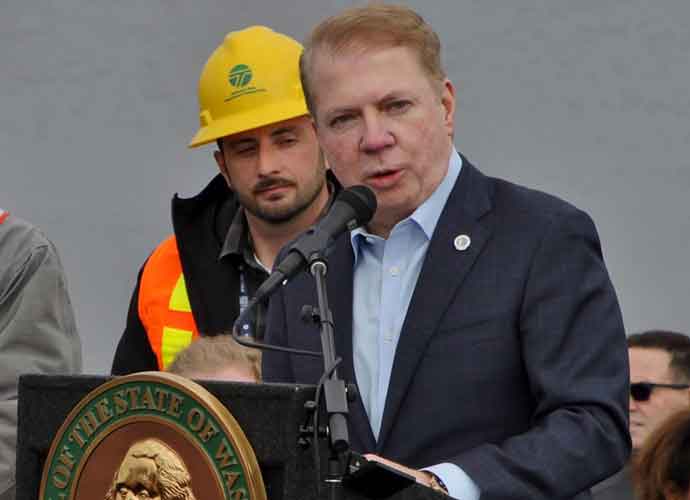 Seattle Mayor Ed Murray has announced his resignation on Tuesday afternoon, just hours after news broke that a fifth man has accused the mayor of molesting him as a child.

Murray’s resignation will be instated on Wednesday at 5 p.m. City Council President Bruce Harrell will serve as mayor until the November elections.

Murray has faced allegations that he sexually abused young homeless boys he encountered decades ago. His cousin Joseph Dyer felt moved to come forward after seeing how Murray was treating his accusers. Dyer, now 54, claims that he was 13-years-old when Murray assaulted him repeatedly for a year while they shared a bedroom in Dyer’s mother’s home on Long Island in the 1970s.

“I have come forward after these years to stand in support of [original accuser] Delvonn Heckard, the other accusers, and all sex abuse victims,” Dyer said in a declaration. “I am offering this declaration to rebut Murray’s claims that he never molested a child and/or the allegations against him were concocted as some sort of right-wing conspiracy. I do not know any of the other victims mentioned in this statement, and I am not part of any conspiracy.”

Mayoral candidate Cary Moon called for Murray’s resignation four months ago, and her opponent and Murray-endorsed former attorney Jenny Durkan finally called for it on Tuesday.

Murray continues to deny all the allegations brought against him, despite stepping down as mayor. “I am announcing my resignation as mayor, effective at 5 p.m. tomorrow,” he said in a statement. “While the allegations against me are not true, it is important that my personal issues do not affect the ability of our city government to conduct the public’s business.” He added that it has “become clear to me that in light of the latest news reports it is best for the city if I step aside. To the people of this special city and to my dedicated staff, I am sorry for this painful situation.”