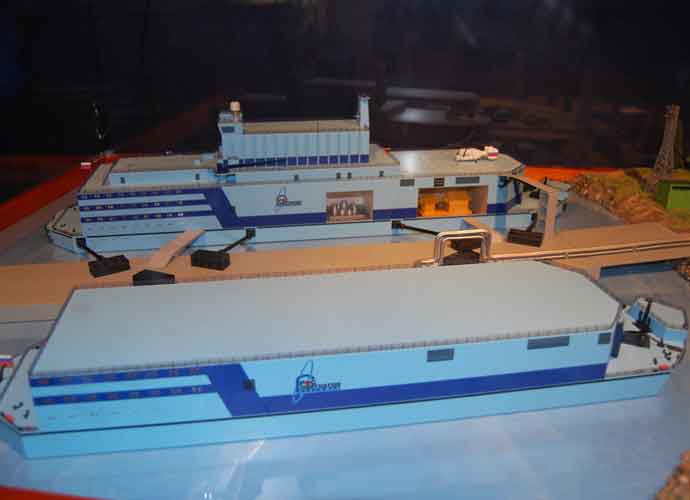 Russia’s floating nuclear power plant, called by some environmental activists a “Chernobyl on ice,” set sail Friday headed toward the Alaskan coast causing many people to worry about what could happen on its 3,000 mile trip.

The ship’s journey started only a few weeks after Russia tried to cover up facts about a nuclear explosion on August 8.

The ship took about ten years to complete. It has two nuclear reactors on board that will be used to provide remote oil, mining and gas operations with electricity in the eastern region of Chukotka, the part of Russia former Gov. Sarah Palin (R-Alaska) said one could see from her state.

The floating plant will start its operations in Pevek, 600 miles from the western most town in Alaska.

Other groups, like Greenpeace, call the ship “nuclear Titanic” and a “disaster waiting to happen.”

Some worry that if a storm beaches the barge it could stop the reactors from getting the water they need to cool down, which would cause a meltdown – or if it were to sink, the radioactive rods would explode causing waste particles to contaminate the sea.

Russia’s troubled history with nuclear power warrants concerns. In the past two months, more than a dozen people have died in the area from nuclear related accidents.

The most infamous of Russia’s nuclear disasters was the Chernobyl reactor meltdown in 1986, which killed 54 in the immediate aftermath