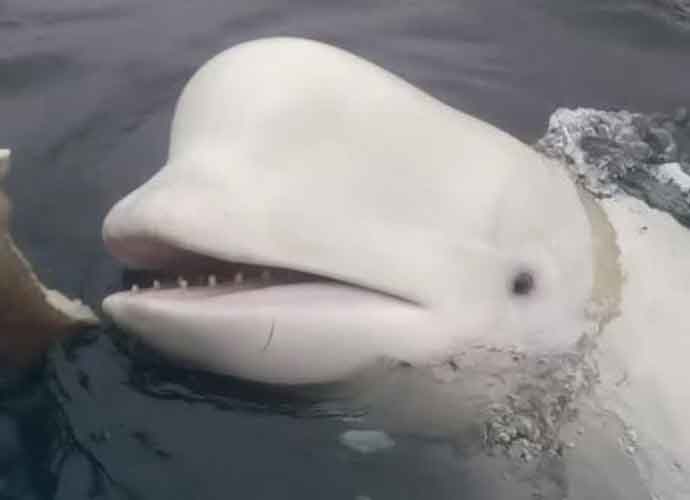 Last week, fishermen off Norway’s northern coast were stunned when they spotted a beluga whale wearing a harness and mounts for a camera. Marine experts even say that this whale might have been trained by the Russian military.

Jorge Ree Wiig, a marine biologist at Norway’s Directorate of Fisheries, observed that the harness was “specially made” with “mounts for GoPro cameras on each side of it.”

What exactly the intended purpose of these beluga whales remains a speculation, but Martin Biuw, a marine mammal researcher at Norway’s Institute of Marine Research, said that the Russian military trained belugas during the Cold War to “sniff out mines or old torpedoes.”

Russia isn’t the only country to use sea animals for their military. Since the 1960s, the U.S. Navy’s Marine Mammal Program has trained sea lions and bottlenose dolphins to retrieve millions of dollars of naval torpedoes and instrumentation dropped on the sea floor.

According to the director of the program, no human technology can compete with the biosonar abilities of these mammals.

After their service in the Navy, many dolphins were transported to guard nuclear submarines in Bremerton Washington and Groton, Connecticut. They can detect any intruders and alert the security services of these acts.

These programs were criticized for their secretive nature, but have since become more transparent in their approach.