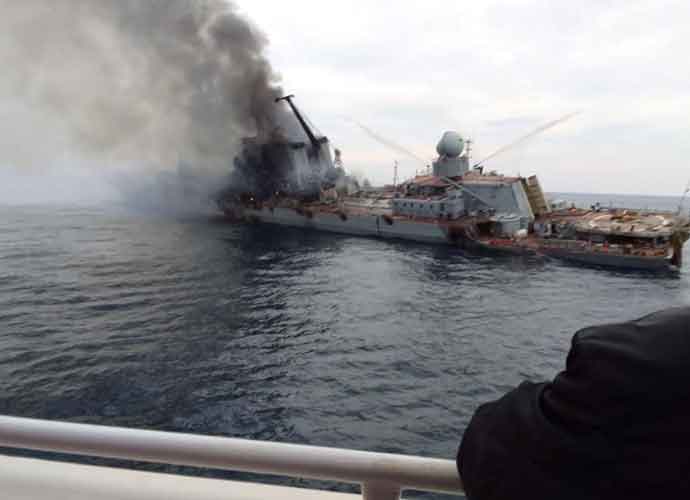 There have been multiple questions raised surrounding the sinking of Russia’s flagship Moskva over the last few days.

Ukraine announced that they had hit Moskva with two Neptune missiles, which would be an embarrassment for Russia. The Pentagon confirmed last week that the missiles caused the ship to go down. Russian officials instead reported that the ship sunk because a fire on board caused the ammunition to detonate.

On Monday, Kremlin spokesman Dmitry Peskov said, “Yes, we really saw the footage, but we cannot say how authentic and true it is.”

Russia has not commented on the casualties, but reports said it looked like all the lifeboats had been deployed. A mother of one of the surviving crew members contradicted the statement saying it was clear that at least 40 members died. The ship was 600 feet long, weighed 12,000 tons and carried a 500-person crew.

While the Pentagon did confirm Ukraine’s story, some U.S. officials were more skeptical. However, officials did confirm that if the photos had not been photoshopped, Ukraine was likely telling the truth based on where it looked like the missiles hit.

CEO of gCaptian and former ship captain John Konrad V created a Twitter thread analyzing the state of the ship.

This is the Russian Flagship #Moskva before she sank. It's impossible to fully assess the situation aboard based on one picture but marine salvage masters must make assumptions based on little information. As a ship captain and ship fire author here's what appears to be likely🧵 pic.twitter.com/pUjqo4j3Bs

Russia Defaults On Its External Debt For First Time Since 1918