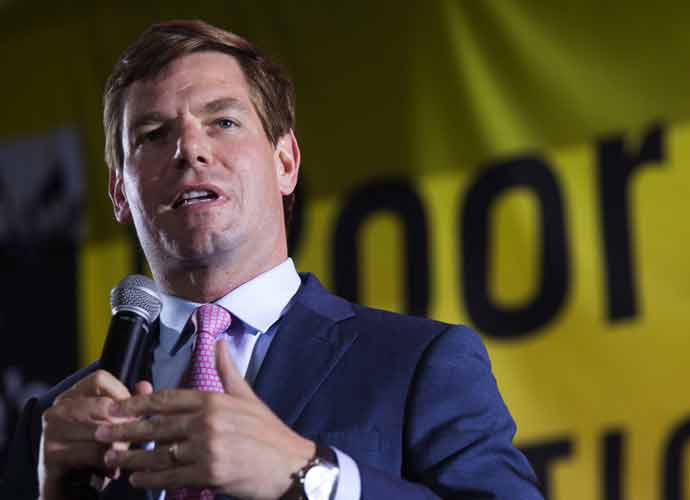 “As such, the Defendants are responsible for the injury and destruction that followed,” Swalwell wrote in his suit. Swalwell’s argument alleges that Trump and allies violated U.S. law banning conspiracies to violate civil rights.

Swalwell is one of the House Impeachment managers who helped present the chilling footage showing the timeline of the Capitol insurrection and Trump’s violent rhetoric spoken just moments before the storming of the Capitol building.

Swalwell’s suit follows another from Rep. Bennie Thompson (D-Mississippi), who filed in February that Trump and Giuliani incited the Capitol insurrection.

Trump spokesperson Jason Miller soon after called Swalwell “a low-life with no credibility,” in a statement Thursday.

Legal experts believe that this civil case may finally lead to a in-person Trump testimony, which the former president avoided during both of his impeachment hearings. “As with so many suits against Trump, the name of the game may be to keep the suit going long enough to take depositions and obtain discovery,” said Jessica Levinson, professor at Loyola Law School of Los Angeles.