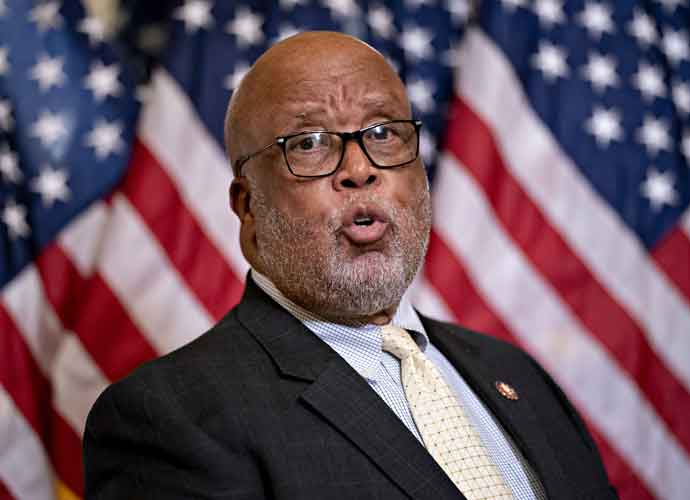 Representative Bennie Thompson, a Democrat from Mississippi and chairman of the House Homeland Security Committee, speaks during a bill enrollment ceremony for H.R. 2476, 'Securing American Nonprofit Organizations Against Terrorism Act,' at the U.S. Capitol in Washington, D.C., U.S., on Thursday, Jan. 9, 2020. The legislation would authorize spending for the Department of Homeland Security Nonprofit Security Grant Program to protect places of worship. Photographer: Andrew Harrer/Bloomberg via Getty Images)

On Tuesday, the House Homeland Security Chairman accused former president Donald Trump of inciting the Jan 6. Capitol riot. The charge is part of a larger federal lawsuit against Trump, which also alleges that the former president conspired to prevent Congress from verifying his electoral defeat. News of the lawsuit comes just days after Trump was acquitted in a Senate impeachment trial.

Chairman Bennie Thompson (D-Mississippi), who played a role in starting the lawsuit, said, “All I wanted to do was do my job, and the insurrection that occurred prevented me from doing that.”

Jason Miller, a senior advisor to Trump, maintained that Trump “did not incite or conspire to incite any violence at the Capitol on Jan. 6th.”

Nonetheless, the suit alleges: “The carefully orchestrated series of events that unfolded at the Save America rally and the storming of the Capitol was no accident or coincidence. It was the intended and foreseeable culmination of a carefully coordinated campaign to interfere with the legal process required to confirm the tally of votes cast in the Electoral College.”

Joseph Sellers, Thompson’s attorney, added, “Inciting a riot, or attempting to interfere with the congressional efforts to ratify the results of the election that are commended by the Constitution, could not conceivably be within the scope of ordinary responsibilities of the president. In this respect, because of his conduct, he is just like any other private citizen.”