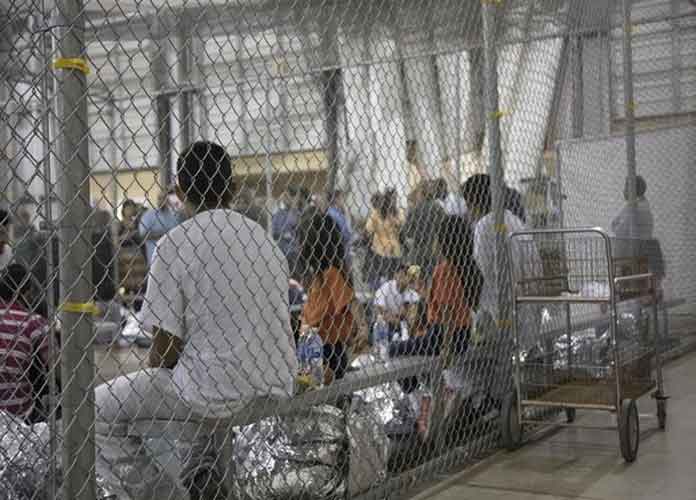 The facility in McAllen, Texas, which is also known as Ursula, currently holds more than 1,100 people, which was among those allowed inside the facility. Reporters were not allowed to take their own photos or interview detainees. NBC News reported that once migrants are processed, children are taken from their parents and sent to Department of Health and Human Services facilities and parents are sent to detention centers.

This practice is a result of the Trump administration’s “zero tolerance” policy, which has made illegally entering the country a federal crime. In the past, illegal immigrants would face a civil case, meaning families would not be split up. Now, children cannot follow parents to the detention centers they are held in while awaiting prosecution.

President Donald Trump has repeatedly tried to blame Democrats for creating a law that forces splitting up families and claimed it is their fault for weak border control policies. No such law exists.

Below are photos from the processing center. 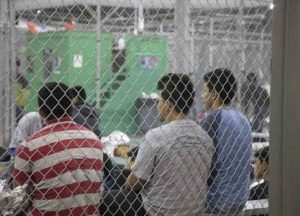 The United Nations has recently condemned the practice of ripping children from their parents. 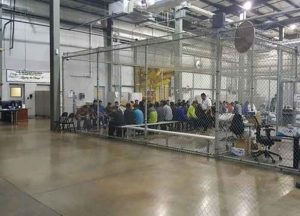 Overhead lights are kept on 24 hours a day in the facility. 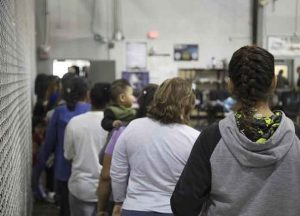 Migrants form a line outside of one of the cages. 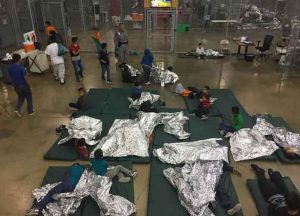 Children are given spots directly on the floor to sleep within the cage. The area opens into a common space with portable restrooms. 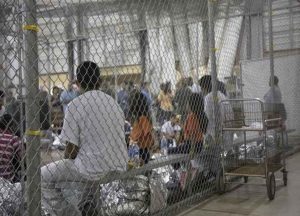 Families are still together here, though more than 2,000 children have been taken from their parents under the “zero tolerance” policy.