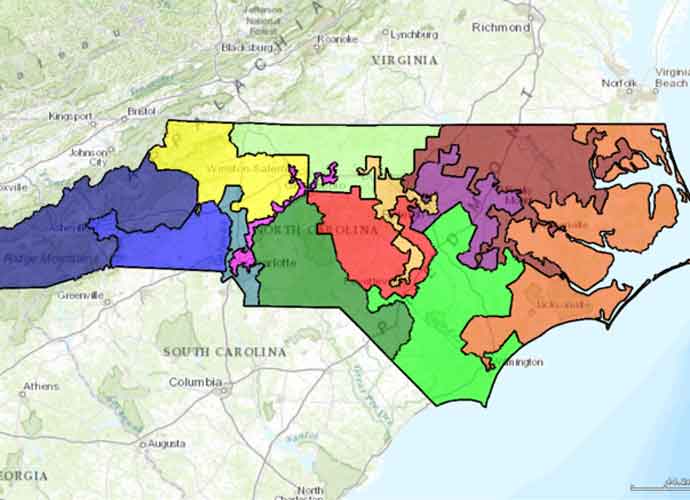 A three-judge panel of the Superior Court in North Carolina, assigned to hear redistricting challenges by the Chief Justice of the North Carolina Supreme Court, in two seminal cases, Common Cause v. Lewis and Harper v. Lewis , declared that the 2016/7 legislatively-drawn voting district maps for the state legislature and of the U.S. House of Representatives from North Carolina were unconstitutional gerrymanders, and directed the legislature to redraw them. The 357-page opinion in Common Cause was issued on September 3, 2019 after a two-week trial, and quoted extensively from the U.S. Supreme Court opinion in Rucho v. Common Cause, which considered constitutional challenges to political gerrymandering of Congressional districts in North Carolina and Maryland:

“In the majority opinion of the Rucho Court, the Justices found the Congressional maps before them to be “highly partisan, by any measure,” and “blatant examples of partisanship driving districting decisions,” The majority further reaffirmed that “partisan gerrymanders are incompatible with democratic principles.” Nonetheless, the [United States] Supreme Court concluded, in the majority opinion, that “partisan gerrymandering claims present political questions beyond the reach of the federal Courts.” The Supreme Court hastened to add, however, that “our conclusion does not condone excessive partisan gerrymandering” and nor does its conclusion “condemn complaints about districting to echo into a void.”  Rather, the Supreme Court held, “[t]he States . . . are actively addressing the issue on a number of fronts,” and “[p]rovisions in state statutes and state constitutions can provide standards and guidance for state Courts to apply.”

Of note, the 2018 Pennsylvania Supreme Court decision overturning partisan gerrymandered U.S. House districts in League of Women Voters v. Commonwealth of Pennsylvania was barely mentioned in passing. In construing the “free and equal” language of the Pennsylvania Constitution, this Court took a very different tack, relying on failure to adhere to the Constitution’s provisions requiring equality of population, compactness, contiguity and integrity of political subdivisions [sometimes referred to as “good government criteria”] as providing sufficient standards to determine violation of the “free and equal” elections provision. Petitioners’ claims of violation of Pennsylvania’s Constitutional provisions relating to freedom of expression and association and equal protection were not addressed.

The Common Cause order directed the North Carolina legislature to redistrict substantial portions of the state Senate and House maps, using the following criteria adopted by the legislature on August 10, 2017, with the Court modifications indicated in bold:

Districts must have approximately equal populations, be contiguous, compact and adhere to county groupings.

Lawmakers should minimize the splitting of precincts and take into account existing municipal boundaries when drawing districts.

Lawmakers can take into account political considerations and election data when drawing districts. This criterion not permitted by the Court.

Lawmakers can make reasonable efforts to avoid pairing incumbents within the same district.

Lawmakers cannot take race into consideration when drawing districts. Redistricting must comply with the federal Voting Rights Act and other federal racial requirements.

The Court enjoined the use of the 2017 maps in the 2020 primary election, gave the General Assembly two weeks to enact Remedial Maps and required the legislature to conduct the entire remedial process in full public view. Professor Sam Wang of the Princeton Gerrymandering Project filed an amicus brief stating that both House and Senate submitted Remedial Maps remained uncompetitive and retained considerable partisan skew, with the House Remedial Map retaining one-half to two-thirds of the partisanship of the 2017 map and the Senate Remedial Map retaining one-third to one-half of the partisanship of the 2017 map. The Court declined to consider any amicus briefs. On October 28, the court approved the Remedial Maps drawn by the General Assembly. It placed significant reliance on the fact that the Remedial Maps were adopted by broad bipartisan support. On November 1, 2019, the plaintiffs filed a request for expedited appeal with the North Carolina Supreme Court, which was rejected on November 15, 2019.

The proceedings in Harper, which attacked the 2016 North Carolina U.S. House of Representatives map, have been much shorter. The complaint was filed on September 27, 2019. On October 28, the Court granted a Preliminary Injunction prohibiting the use of the 2016 legislatively drawn map due to the substantial likelihood of the plaintiffs to succeed. This conclusion was reached in a mere 18 pages, in reliance upon the legal reasoning set forth in the Lewis case and the extensive evidence of partisanship adduced in the Rucho case. The state legislature short-circuited the litigation by adopting a Remedial Map on November 15, 2019. The Court allowed the Congressional primary elections in 2020 to proceed using this map on December 2, 2019.

Overall, as we await any further court appeals, the North Carolina process shows some improvement, in that legal precedent was set against extreme partisan gerrymandering, but the limited transparency and lack of significant public input, especially regarding communities of interest, leaves much to be accomplished when redistricting recurs in North Carolina and the other states after the 2020 Census. Citizenry needs to be educated and prepared to force their voices to be heard in this process. The Princeton Gerrymandering Project’s mission is to provide information and tools to assist reform organizations, citizens and journalists in exposing and combatting partisan gerrymandering across the country.

Special thanks To Prof. Sam Wang, Jason Rhodes and Hope Johnson of the Princeton Gerrymandering Project, as much of this note incorporates their work.

You can learn more about the Princeton Gerrymandering Project at https://gerrymander.princeton.edu. For further information, check out: Laboratories of Democracy Reform: State Constitutions and Partisan Gerrymandering, University of Pennsylvania Journal of Constitutional Law by Samuel Wang, Richard F. Ober, Jr. and Ben Williams. 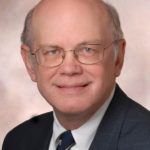