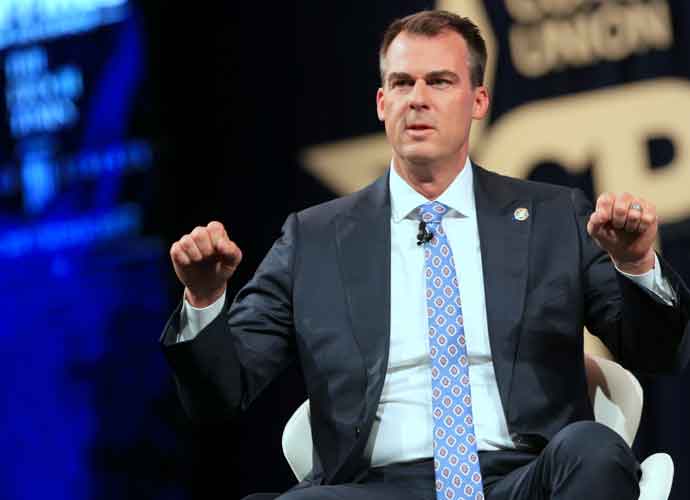 Oklahoma Gov. Kevin Stitt (R) signed a bill that outlaws nonbinary gender markers on birth certificates on Tuesday and it will go into effect immediately.

The law is the first of its kind in the U.S.

“The biological sex designation on a certificate of birth issued under this section shall be either male or female and shall not be nonbinary or any symbol representing a nonbinary designation including but not limited to the letter ‘X’,” the legislation reads.

Other states and the federal government have gone the opposite direction, allowing for nonbinary gender markers, but Oklahoma’s new law joins a slew of anti-LGBTQ legislation in conservative states.

“People are free to believe whatever they want about their identity, but science has determined people are either biologically male or female at birth,” Oklahoma state Rep. Sheila Dills, who sponsored the bill, said in a statement after the bill passed the House last week. “We want clarity and truth on official state documents. Information should be based on established medical fact and not an ever-changing social dialogue.”

The new law was prompted by a 2021 civil case against the Oklahoma State Department of Health, which did not accept a nonbinary option on birth certificates. The department ended up settling and allowing the option. Following the settlement, Stitt issued an executive order to keep the ban in place. It also follows the state’s passing of the strictest abortion ban in the country. Earlier this month, Stitt signed a bill that made performing abortions a felony, unless there was a medical emergency.