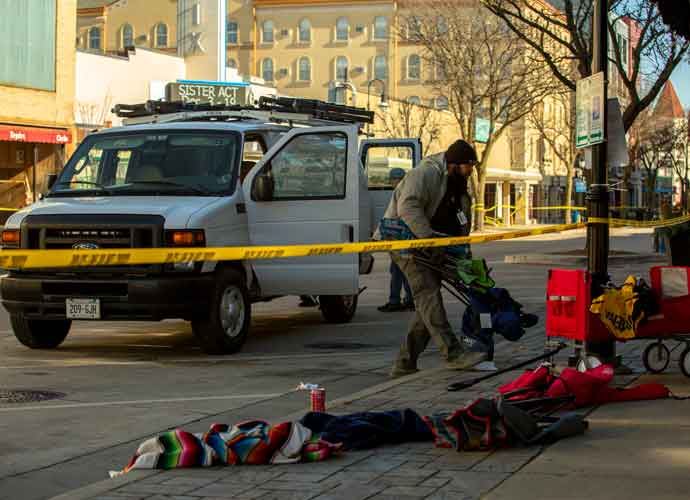 Four people are dead and multiple are wounded after a shooter walked into Saint Francis Hospital in Tulsa, Oklahoma on Wednesday afternoon. The shooter is also dead from a self-inflicted gunshot wound, according to Tulsa police.

Two weapons, an AR-15-style firearm and a handgun, were found by authorities on the scene.

“It appears both weapons at one point or another were fired on the scene,” Tulsa Police Department Deputy Chief Eric Dalgleish said. “The officers who arrived were hearing shots in the building, and that’s what led them to the second floor.”

The shooter arrived on the scene just before 5 p.m. central time. Police were on the scene in three minutes and found the gunman five minutes after that. Dalgleish noted approval of the response time.

The shooter’s motives and whether or not he was targeting anyone specific are still unclear.

“What happened today in Tulsa is a senseless act of violence and hatred,” Oklahoma Gov. Kevin Stitt (R) said in a statement. “Sarah and I are praying for the families of those who lost their lives and for those who were injured.”

He went on to thank the police and first responders as well as offer support.

What happened today in Tulsa is a senseless act of violence and hatred. Sarah and I are praying for the families of those who lost their lives and for those who were injured. (1/3)

The shooting comes a little over a week after the Robb Elementary School shooting in Uvalde, Texas, that left 19 children and two teachers dead. The Uvalde police department waited over an hour before heading into the classroom the gunman was in and has been criticized as the slow response time may have cost more lives. Earlier in May, a racially motivated shooting took the lives of 10 people in a Buffalo, New York, grocery store.

Democrats are calling for stronger gun regulations. The House Judiciary Committee is scheduled to meet on Thursday to discuss the “Protect Our Children Act” and a bipartisan group in the Senate is making an effort to put together a gun control framework that both parties will be able to support.

President Joe Biden was asked if he thinks Congress will be able to pass any of the measures.

“I served in the Congress for 36 years,” he said. “I’m never confident totally.”