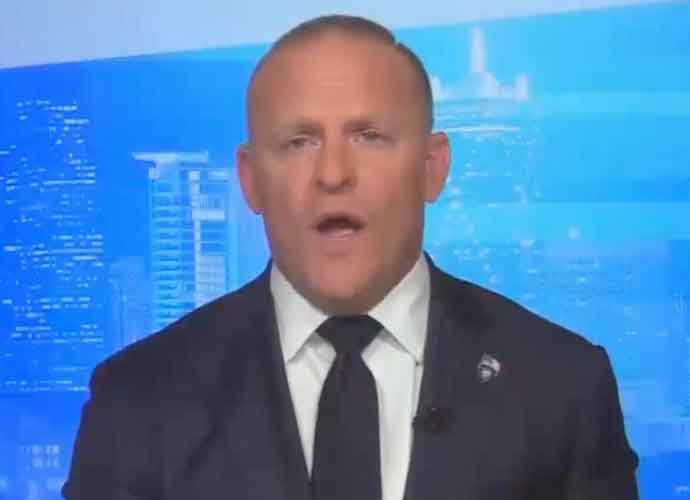 During the Wednesday night segment, Stinchfield told Saboe: “I can tell ya, this didn’t happen under President Trump. And I know there’s a lot of people on the left who want to blame Trump, he wanted out of Afghanistan real bad. I’ve got Americans there that are stuck. To me that’s a hostage situation.”

Watch Newsmax host cut the feed and scream at a veteran guest for offering a mild critique of Trump pic.twitter.com/xozk1f5kzH

Saboe challenged Stinchfield’s claim, saying: “With all due respect, veterans, being one and our friends are over there, we followed this closely for multiple administrations.”

Saboe called the Trump administration’s handling of the situation in Afghanistan “fairly weak” and said the former administration was “trying to limit the number of people that would get out.”

Once Saboe was “cut off” the screen, Stinchfield continued to yell at the camera: “You’re not gonna blame this on President Trump on my show. That’s not happening!”

“Now I appreciate the work that you’re doing, God bless you for being a veteran, Gob bless you for trying to get Americans out,” he continued. “But don’t come on this program and take the talking points of the left and blame President Trump. That’s not helping anybody!”

Newsmax released a statement on Thursday, affirming that Stinchfield “respects all our veterans, but doesn’t believe the media and others should be pointing fingers at Pres. Trump for a problem Pres. Biden created by his chaotic withdrawal.”