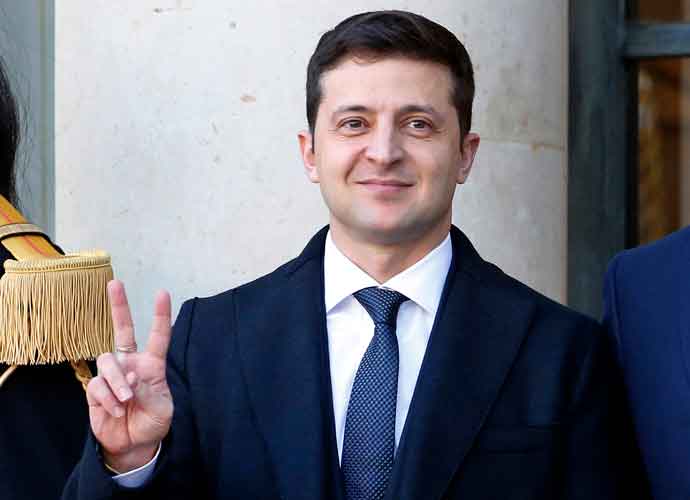 PARIS, FRANCE - DECEMBER 09: Ukrainian President Volodymyr Zelensky poses as he arrives at the Elysee Presidential Palace to attend a summit on Ukraine on December 09, 2019 in Paris, France.

Mike Duffey, the White House official in the Office of Management and Budget (OMB) and Trump appointee wrote in an email to OMB and Pentagon officials, “Based on guidance I have received and in light of the Administration’s plan to review assistance to Ukraine, including the Ukraine Security Assistance Initiative, please hold off on any additional [Department of Defense] obligations of these funds, pending direction from that process.”

Duffey’s emails suggested he understood the request would raise concerns. “Given the sensitive nature of the request, I appreciate your keeping that information closely held to those who need to know to execute direction,” Duffey said.

Senate Minority Leader Chuck Schumer reiterated his suggestion of bringing Duffey in as a witness in the Senate impeachment trial. “If there was ever an argument that we need Mr. Duffey to come testify, this is that information. This email is explosive. A top administration official, one that we requested, is saying, stop the aid 90 minutes after Trump called Zelensky and said keep it hush, hush. What more do you need to request a witness?”

The OMB denies the call and the holding of foreign aid happened on the same day. Rachel Semmel, a spokeswoman for the OMB, said in a statement, “”It’s reckless to tie the hold of funds to the phone call. As has been established and publicly reported, the hold was announced in an interagency meeting on July 18. To pull a line out of one email and fail to address the context is misleading and inaccurate.”

An OMB official did notify other agencies of the freeze on July 18. However, it’s worth noting that the first official action to withhold Pentagon aid came on July 25, the same day as Trump’s call with Zelensky.