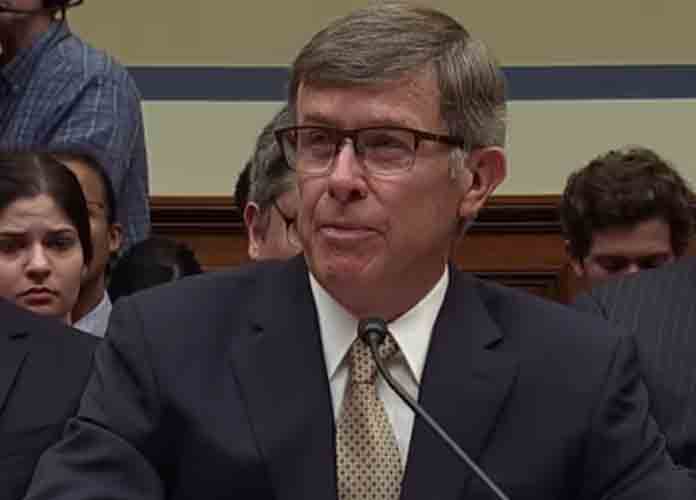 “I want to stress that I believe the whistleblower and the inspector general have acted in good faith throughout,” Maguire said at the beginning of his hearing before the House Intelligence Committee. “I have every reason to believe that they have done everything by the book and followed the law.”

In his opening statement, Maguire also denied a report from The Washington Post on Wednesday that claimed he threatened to resign if the Trump administration attempted to limit his testimony before the House Intelligence panel about the whistleblower’s complaint. Maguire insisted he was committed to defending the country’s national security interests.

“I have never quit anything in my life, and I am not going to start now,” said Maguire. “I am committed to leading the Intelligence Community to address the diverse and complex threats facing our nation.”

The unnamed whistleblower alleged in the complaint released Thursday that Trump used a conversation with Ukraine’s president for political gain. Trump was revealed to have pushed the country’s leader to get damaging information about Joe Biden, his opponent in the 2020 election, after withdrawing planned military aid to the nation.

“You would concur that this complaint alleging serious wrongdoing by the president was credible?” House Intelligence Committee Chairman Adam Schiff (D-California) asked Maguire as part of his opening line of questioning.

“That is correct,” the acting intelligence chief replied after initially saying it wasn’t up to him to “judge” the credibility of the complaint. Maguire also assured Schiff that the whistleblower would be able to freely testify before Congress without any legal restrictions.

Rep. Adam Schiff: “Do I have your assurance that the whistleblower will be able to testify fully and freely and enjoy the protections of the law?”

Rep. Jim Himes (D-Connecticut) asked Maguire if he or anyone in his office ever discussed the complaint with Trump. The acting intelligence chief answered by saying he refused to reveal the subjects of his conversations with the president.

‘I will not divulge privileged conversations with the president,’ testified Joseph Maguire, acting intelligence director, when asked if he ever spoke to President Trump about the Ukraine whistleblower complaint https://t.co/07qGZ8EbvG pic.twitter.com/smTmMsN4h4

Maguire also faced questions about his reaction to the contents of the whistleblower complaint from Rep. Jackie Speier (D-California). The acting intelligence chief said he knew he would likely have to testify before a congressional panel after he saw what the complaint alleged. D

SPEIER: When you read the complaint, were you shocked at all by what you read?

MAGUIRE: When I saw that, I anticipated having to sit in front of some committee some time to discuss it.