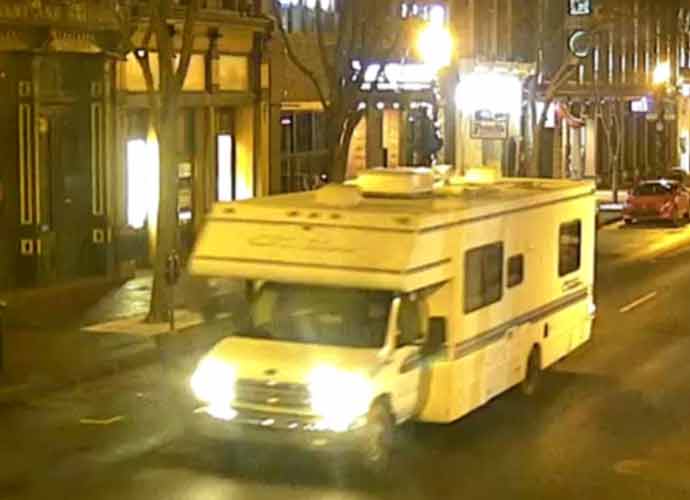 Nashville police reported on Friday night that possible human remains had been found amid the wreckage of an RV that exploded in the downtown area earlier today. Police cleared the area when they heard a recorded message coming from the RV saying that a bomb was about to detonate. Three people were injured and 41 businesses were damaged in the incident.

Nashville Mayor John Cooper said that the explosion was the result of a “deliberate bomb.”

On Christmas night, President Donald Trump and President-elect Joe Biden were briefed separately on the bombing by FBI agents.

BREAKING: This is the RV that exploded on 2nd Ave N this morning. It arrived on 2nd Ave at 1:22 a.m. Have you seen this vehicle in our area or do you have information about it? Please contact us via Crime Stoppers at 615-742-7463 or online via https://t.co/dVGS7o0m4v. @ATFHQ pic.twitter.com/JNx9sDinAH