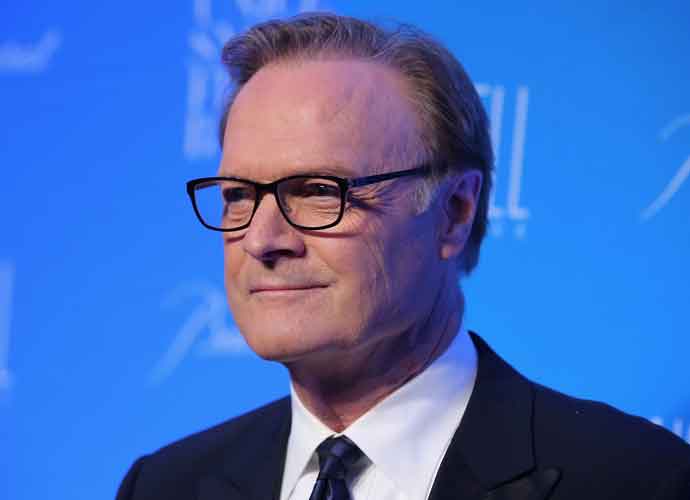 Insiders believe that the now infamous video of Lawrence O’Donnell freaking out on Aug. 29 was leaked on purpose.

MSNBC anchor O’Donnell was caught on video getting extremely frustrated on set during a live taping of The Last Word. “It f–king sucks to be out here with this out of control s–t. Any f–king thing can come in on my ear at any moment, that’s what I know,” O’Donnell ranted. “Anybody can get into my ear at any f–king time. Some woman talking about what we’re doing after the show.” The video went on for eight minutes, with segments of what went to air, but mostly of O’Donnell yelling and swearing about his ear piece.

Now, some believe that the tape of the meltdown was leaked on purpose by MSNBC staff. The motivation for such an act, they say, was O’Donnell’s antics during contract negotiations. The host apparently angered NBC big wig Andy Lack by tweeting about his contract. An insider told Page Six the deal-making was “tense and unusually public” and that O’Donnell’s moves caused fans to get involved, and “backed Lack into a corner.”

Contract expires June 4. I’ll let you know where you can watch me June 5 if it’s not msnbc. I’m sorry this situation has become public. https://t.co/bS8V8GXbZ1

Yes I will be saying hi to Rachel @maddow at 10pm for the foreseeable future. https://t.co/LKlkRTXL3F

Due to the small number of people with access to the meltdown clip, it is presumed that it was leaked by “someone at a senior level.” O’Donnell apologized for the outburst on Wednesday, saying, “A better anchorman and a better person would’ve had a better reaction to technical difficulties.” In relation to the suspected purposeful leak, O’Donnell says that is out of the question. “This is a ridiculous conspiracy theory. There’s only one person to blame for this video — me,” he said. “Andy Lack brought me to MSNBC when he created the network in 1996. We were friends before that and have always remained friends.”

A better anchorman and a better person would’ve had a better reaction to technical difficulties. I’m sorry.