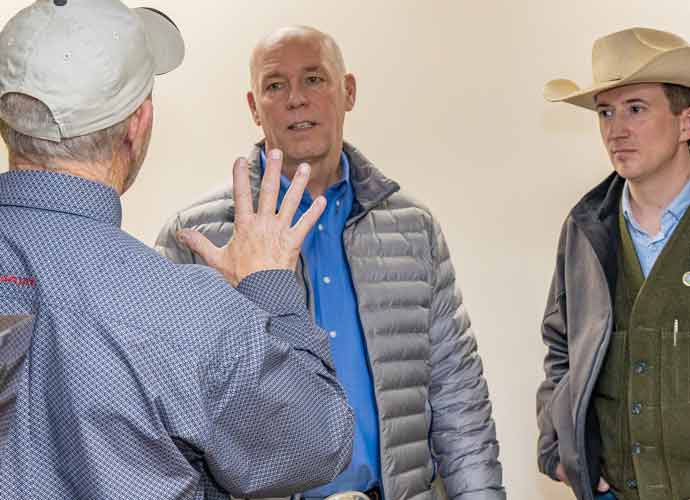 Montana Gov. Greg Gianforte (R) reported on Tuesday that he has tested for COVID-19.

Gianforte, who received his first dose of the vaccine last week, decided to take a COVID test “out of an abundance of caution,” as he was experiencing mild symptoms, according to a statement.

Since receiving his positive test result, the governor has canceled all of his in-person meetings and events, in addition to beginning a 10-day, doctor-mandated isolation period. His office stated that his wife, Susan Gianforte, has not experienced any COVID symptoms thus far and is awaiting test results. Gianforte’s staff members were also tested Tuesday morning.

“The governor has notified all individuals with whom he may have had close contact,” said the governor’s office in a statement. “The governor will continue to conduct his duties and manage the state’s business from his home in Bozeman.”

After receiving his first vaccine dose, Gianforte did not hold any public events and was only in close contact with a couple people, including a staff member, an agent of his protective detail, and his family and friends, as per a spokesperson’s statement.

The governor attended an Easter church service, but he did not come into contact with anyone at the event.

Montana’s department of health has reported over 105,00 COVID cases and 1,466 deaths in the state, which has a population of just over 1 million. The department has also reported administering 500,000 doses of the COVID vaccine, fully inoculating nearly 211,000 residents.