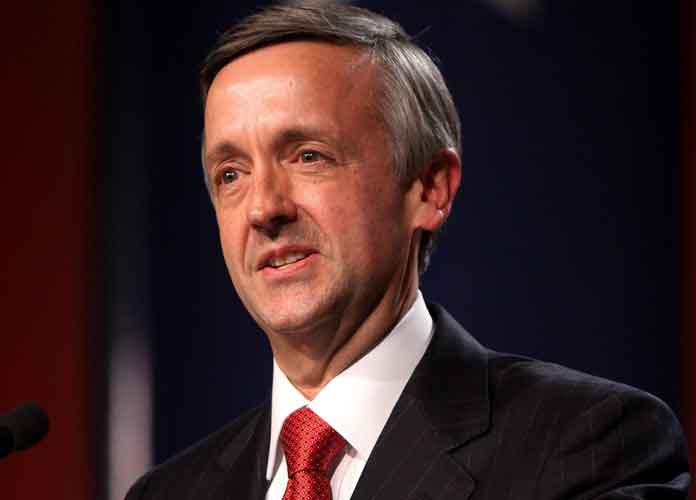 Mitt Romney Blasts Robert Jeffress, Pastor Who Spoke At Opening Ceremony For U.S. Embassy In Jerusalem, As A ‘Bigot’

Mitt Romney did not mince his words when it came to calling out an Evangelical pastor who ended up speaking at the opening ceremony for the new U.S. Embassy in Jerusalem, Israel on Monday.

The Republican Senate candidate and former Massachusetts Governor, who is Mormon, slammed Rev. Robert Jeffress — who led the opening prayer at the embassy’s unveiling — as a “religious bigot,” citing disparaging comments Jeffress has made about other religions.

Robert Jeffress says “you can’t be saved by being a Jew,“ and “Mormonism is a heresy from the pit of hell.” He’s said the same about Islam. Such a religious bigot should not be giving the prayer that opens the United States Embassy in Jerusalem.

Jeffress, who is based in Dallas and is a prominent supporter of President Donald Trump, backed Romney’s bid for president in 2012, even though he had made offensive remarks about the Church of Jesus Christ of Latter-Day Saints around that time. The pastor has also called Mormonism a “cult.”

“However, whether this president violated that commandment or not is totally irrelevant to our support of him,” he added.

The unveiling of the new U.S. Embassy came in the midst of a series of violent protests from Palestinians, over 52 of whom were killed by Israeli forces near the Gaza border. More than 2,000 other Palestinians were injured in the demonstrations.

Jeffress has also very explicitly stated his disdain for Islam.

“Is Islam just another way to worship God? Let me say this without any hesitation: Islam is a false religion that is based on a false book that was written by a false prophet,” he said on Oct. 9, according to his church’s website. “If you sincerely follow the tenets of Islam, then you will end up in hell when you die.”

Rev. John Hagee, a pastor from San Antonio, recited the closing prayer at the embassy opening.

According to NBC News, approximately 80 percent of white evangelicals voted for Trump in 2016.

Trump Condemns American Jews For Not Appreciating Him: ‘Get Your Act Together Before It’s Too Late!’