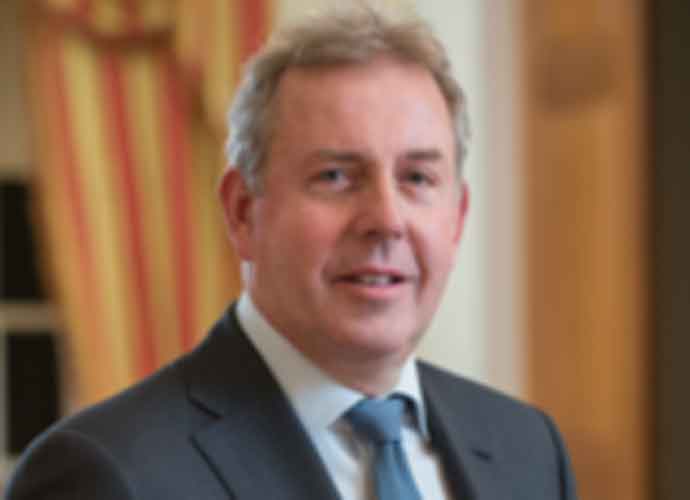 The United Kingdom’s ambassador to the United States reportedly called President Donald Trump “insecure,” “inept” and “incompetent” in diplomatic cables to London that were leaked on Sunday.

The ambassador, Kim Darroch, wrote that Trump’s “career could end in disgrace,” and described conflicts within the White House as “knife fights.” A British government official speaking to CNN confirmed the contents of the cables after they were leaked to the Daily Mail last weekend.

Daily Mail reported that the leaked documents spanned from 2017 to the present day, covering topics such as the president’s foreign policy and his 2020 reelection plan. According to the paper’s article, Darroch questioned the validity of Trump’s statement that he reversed course on attacking Iran after the destruction of a U.S. drone because he was told that it would cause 150 casualties.

Darroch also said in a cable to the Foreign Commonwealth Office that while Trump can’t afford to lose much support, he still thought that there was a “credible path” for his reelection.

When asked about his opinion on Darroch’s comments, Trump said, “No I haven’t seen it, but, you know, we’ve had our little ins and outs with a couple of countries and I would say that the U.K., and the ambassador has not served the U.K. well, I can tell you that.”

“We’re not big fans of that man and he has not served the U.K. well, so I can understand it,” Trump added. “And I can say things about him but I won’t bother.”

As Britain negotiates how best to leave the European Union, the country’s relationship with America becomes increasingly important. As hardline Brexiteers grow in popularity, the prospect of a hard Brexit in which no deal is made with the E.U. becomes more likely. In such a situation, it would be essential for the United Kingdom to establish a strong trade relationship with the United States. As Trump is often a harsh negotiator, it is important that the U.K. get on his good side now in order to milk that friendship later during economic negotiations.