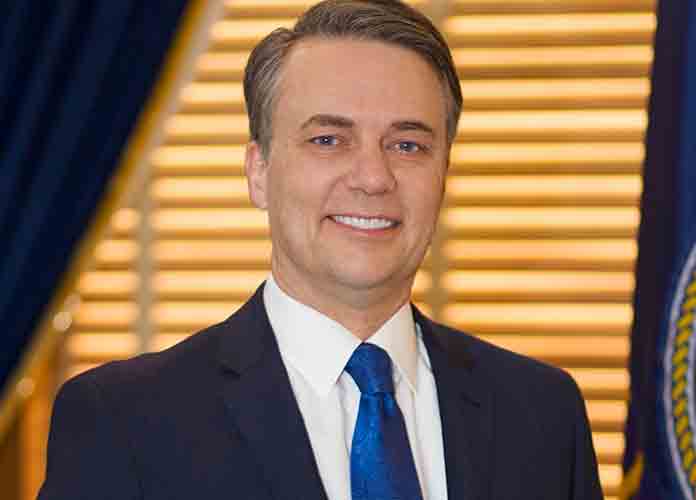 Kansas Republican Gov. Jeff Colyer issued a statement over the weekend calling for a county official’s resignation after he claimed at a public event that white people constitute the “master race.”

Colyer’s statement on Saturday came after Leavenworth County Commissioner Louis Klemp cited the Nazi ideology of Aryan supremacy during a board meeting on Tuesday. Klemp used the phrase “master race” in response to black official Triveece Penelton‘s explanation of infrastructure developments in Tonganoxie, which is situated near Kansas City.

“Racial and discriminative language have no place in our society and most especially when spoken by someone holding public office,” read Colyer’s statement on the incident.

Other Leavenworth County Commission members have also pushed for Klemp to step down. According to CBS News, Klemp told a local television station off camera that his remark was simply a joke.

“What’s this master race?” commission member Bob Holland said of Klemp’s comment. “None of us are master race. We’re all American and we’re all human beings.”

Leavenworth County Administrator Mark Loughry later claimed, however, that Klemp’s remarks were intended to refer to the fact that Klemp and the woman he was speaking to both have gaps in their teeth.

Loughry added: “The use of the term ‘Master Race,’ as ill-advised as it may be, was not a reference to Nazis or used in a racist manner in this instance.”

The controversy surrounding Klemp is the latest of this type involving a GOP official. Recently, Iowa Republican Rep. Steve King has drawn condemnation even from within his own party for his suspected associations with white supremacist viewpoints.

In August, Colyer conceded a GOP gubernatorial primary to Secretary of State Kris Kobach after losing by a narrow margin.