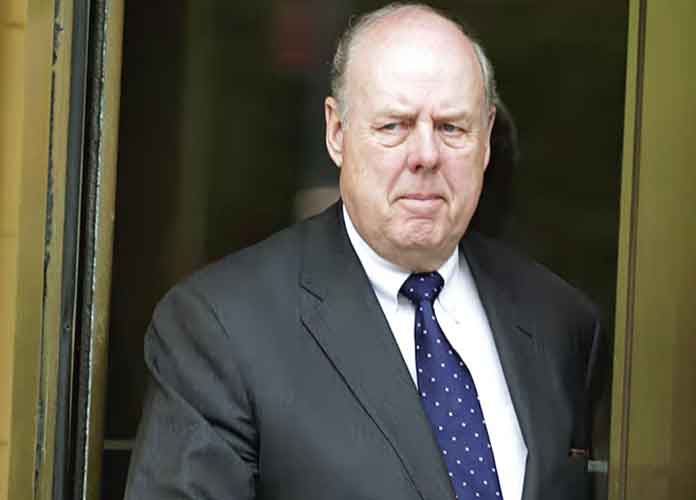 Dowd, who was put in charge of Trump’s legal team last summer, had reportedly considered leaving several times in recent months. He reportedly became frustrated that Trump was increasingly ignoring his advice.

Dowd and the rest of Trump’s lawyers had urged him to cooperate with Mueller, who is investigating Russia’s interference in the 2016 election and possible ties between Trump campaign associates and the Russians. The special counsel is also investigating whether the president attempted to obstruct the probe.

Over the weekend, Trump lambasted Mueller and the probe on Twitter, claiming the inquiry should never have been held in the first place and that the special counsel’s team is biased and filled with Democrats. The president called the entire affair a “witch hunt.”

Dowd is one of several White House officials who has grown upset over Trump’s refusal to follow instructions. Advisors expressed frustration this week over the former The Apprentice star’s call to Russian president Vladimir Putin to congratulate him on his re-election.

Trump was said to be satisfied with Dowd’s resignation, as he too had grown frustrated with his top attorney.

Dowd called on the Justice Department over the weekend to end the special counsel investigation, a move that greatly angered Trump. Dowd initially stated he was speaking for the president, but later backtracked.

Trump has previously stated he is willing to testify before Mueller. The president has also reportedly met with veteran Washington lawyer Emmet T. Flood — who represented former President Bill Clinton during his attempted impeachment — about possibly serving as his top attorney.

“The Failing New York Times purposely wrote a false story stating that I am unhappy with my legal team on the Russia case and am going to add another lawyer to help out. Wrong. I am VERY happy with my lawyers, John Dowd, Ty Cobb and Jay Sekulow,” Trump tweeted on March 11. “They are doing a great job.”

Jay Sekulow, Trump’s other personal lawyer for the investigation, praised Dowd in a statement.

“John Dowd is a friend and has been a valuable member of our legal team,” Sekulow told the New York Times. “We will continue our ongoing representation of the president and our cooperation with the office of special counsel.”