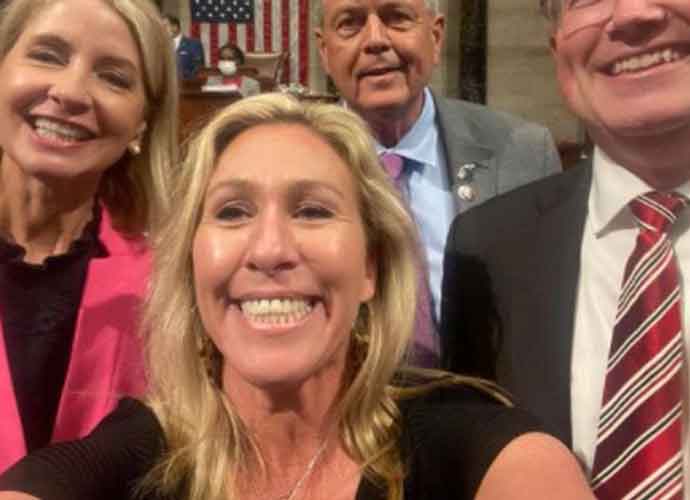 House Republicans gathered to protest the reinstatement of mask mandates in Congress.

This announcement comes as the infectious delta variant sparks a surge in COVID-19 cases in Washington, D.C., and the United States at large. The CDC now recommends that vaccinated people should wear masks indoors.

House Speaker Nancy Pelosi (D-California) defended the mask mandate on Wednesday, stating: “It’s the decision of the Capitol physician, who is following the guidance of the CDC about the masks.”

Capitol Police Chief Thomas Manger also commented on the issue, saying that people who refuse to wear masks in the Capitol complex could be denied entry. “If a visitor or staff member fails to wear a mask after a request is made to do so, the visitor or staff shall be denied entry to the House Office Buildings or House-side of the U.S. Capitol,” Manger said. “Any person who fails to either comply or leave the premises after being asked to do so would be subject to an arrest for Unlawful Entry.”

Rep. Kat Cammack (R-Florida) tweeted in response to Manger’s announcement: “In today’s edition of Pelosi’s abuse of power, Capitol Police have been directed to arrest staff and visitors to comply with her mask mandate for vaccinated individuals.”

In a separate tweet, Cammack stated: “I will not comply, Nancy.”