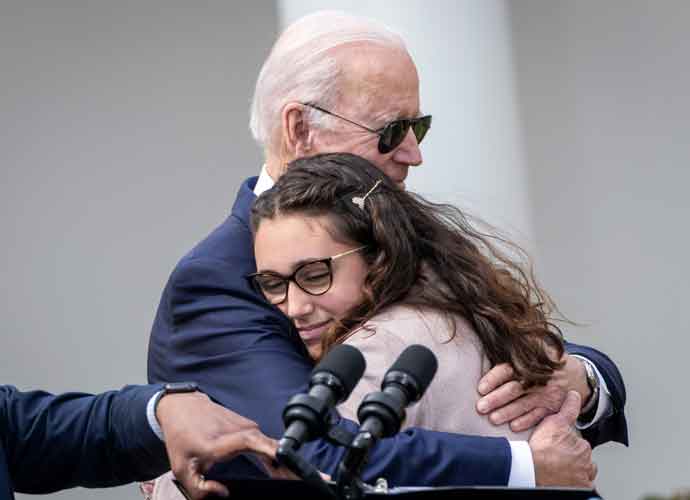 The House passed the “Protecting Our Kids Act,” a package of eight gun control measures, on in response to mass shootings in Buffalo, New York, and Uvalde, Texas, that left 31 people dead last month.

The legislation passed 223-204, with few lawmakers breaking with their parties. Five Republicans voted in favor, while two Democrats were unable to support everything in the package.

The eight bills included in the “Protecting Our Kids Act” include increasing the minimum age to buy semi-automatic rifles from 18 to 21, bolstering regulations for bump stocks and ghost guns and establishing a buyback program.

The vote was taken after members of the Oversight and Reform Committee heard from families and survivors of the grocery store and elementary school shooting.

“We are on a crusade for the children, and – sadly now – by the children. Children testifying in committee,” House Speaker Nancy Pelosi (D-California) said on the floor in reference to 11-year-old survivor Miah Cerillo‘s videotaped testimony that had been shown earlier. “America has lost more children from gun violence than any other cause. Does that embarrass you? To think that in our country, more children have died from gun violence than any other cause? These stories are tragically all too common in America today.”

The “Protecting Our Kids Act” is expected to face insurmountable opposition in the evenly split Senate. It would have to gain the support of 10 Republican lawmakers to avoid the filibuster. A group of bipartisan senators, headed by Sens. Chris Murphy (D-Connecticut) and John Cornyn (Texas-R), is working to find common ground. Republicans in the group have made it clear that red flag laws, which allow a judge to confiscate guns from a person who is considered a threat, will not be a part of the legislation, however, they are considering an incentive for states to enact red flag laws.

“I think we will put together a package that will get more than 10 Republican votes,” Murphy said during an appearance on CNN’s New Day.

Both senators voiced optimism but had different views of when an agreement might come. Murphy said she could see the group reaching an agreement by the end of the week, but when Cornyn was asked the same question, he said the re-worked legislation would be ready “by the end of this work period. In the next couple of weeks, I’m optimistic.”