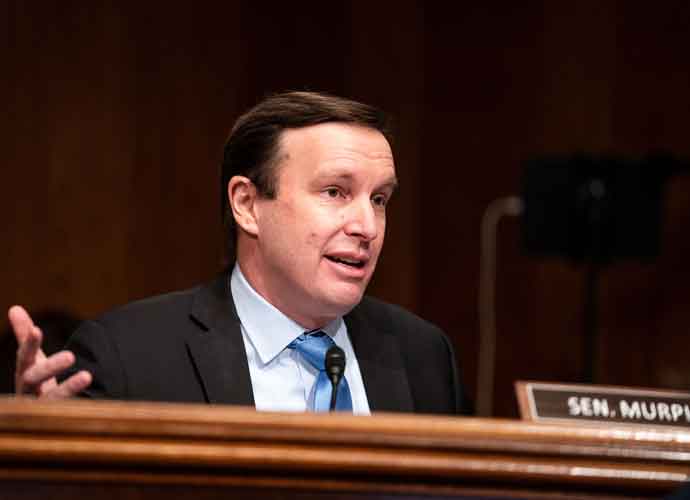 WASHINGTON, DC - FEBRUARY 03: Senator Chris Murphy (D-CT) speaks during a hearing with the Senate Health, Education, Labor, and Pensions committee to examine the nomination of Miguel A. Cardona, of Connecticut, to be Secretary of Education on Capitol Hill on February 3, 2021 in Washington, DC. Previously Cardona served as Connecticut's Education Secretary. (Photo by Anna Moneymaker-Pool/Getty Images)

The Senate unveiled an 80-page bipartisan gun safety bill on Tuesday, setting the upper chamber up to potentially pass what could be the most substantial piece of federal gun legislation in decades in response to last month’s devastating shootings in Buffalo, New York, and Uvalde, Texas, that left 31 people dead.

The bill, which was aimed at gaining the support of at least 10 Republicans to reach the 60-vote threshold to avoid the filibuster in the evenly split Senate “won’t please everyone,” according to Sen. John Cornyn (R-Texas), the top Republican in the bipartisan group.

“Some think it goes too far. Others think it doesn’t go far enough. And I get it,” he acknowledged on the Senate floor before the official text was released. “But the nature of compromise and the nature of actually wanting to get a result requires that everybody try to find common ground where we can.”

The bill, released a little over a week after the original framework was agreed upon, is focused on strengthening background checks for those between the ages of 18 and 21 who want to buy a firearm, releasing $750 million in funds to incentivize states to implement red flag laws and boost crisis intervention programs, bolstering school security and banning those who have been convicted of domestic violence from owning a gun, even in dating relationships. Since the framework was released, they did add that the ban could be dropped after five years of good behavior.

The bill notably leaves out stronger measures pushed by President Joe Biden and other Democratic leaders including banning assault weapons and raising the federal minimum age to buy guns.

“This week we have a chance to break this 30-year period of silence with a bill that changes our laws in a way that will save thousands of lives,” Sen. Chris Murphy (D-Connecticut), the Democratic leader in the bipartisan talks, said. “It is a compromise. It is a bipartisan compromise. It is a path forward to the way that both Republicans and Democrats can work together to address some of the most vexing, most difficult challenges this nation faces.”

The legislation was supported by a 64-34 majority in the initial procedural vote. The bill is expected to be voted on before the end of the week, as the goal has been to reach a consensus before Congress breaks for their two-week Fourth of July recess this weekend.