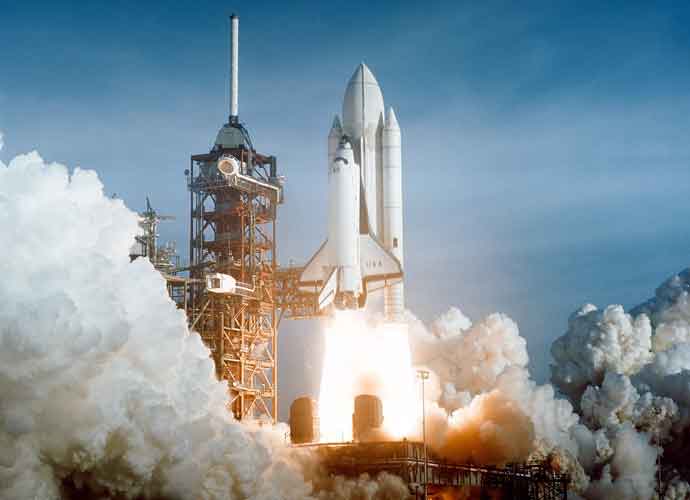 The House passed a $738 billion compromise defense policy bill on Wednesday in a 377 to 48 vote that would create a Space Force as the newest military service.

The bill will head to Senate, where wide bipartisan support is also likely. President Donald Trump said he would sign the bill if it reaches his desk.

Trump praised the bill for incorporating his top priorities: a pay raise for the military, border security, a space force and paid parental leave, an issue his daughter, Ivanka,  has advocated for previously.

“I will sign this historic defense legislation immediately!” Trump tweeted.

Wow! All of our priorities have made it into the final NDAA: Pay Raise for our Troops, Rebuilding our Military, Paid Parental Leave, Border Security, and Space Force! Congress – don’t delay this anymore! I will sign this historic defense legislation immediately!

The  Space Force will be the first new service branch in over 60 years, and it will be responsible for ensuring America’s freedom to operate in outer space. Currently, no other country has an independent space force.

In addition to creating a Space Force, an idea first touted in 2017, the bill gives a 3.1 percent pay raise to the troops, grants 12 weeks of paid parental leave to federal workers and repeals the “widow’s tax,” an unpopular offset in military survivor benefits.

The bill authorize $635 billion in Pentagon spending and $23.1 billion for the Energy Department’s nuclear weapons program, and an additional $71.5 billion for war operations. It also would authorize another $5.3 billion in spending for emergency disaster recovery on military bases.

The final bill would block Turkey from taking possession of F-35 fighter jets, because of its decision to but the S-400 missile system from Russia. It also would impose sanctions on Russia related to Nord Stream 2 energy pipeline.

Some Democratic lawmakers were disappointed by the House’s final version of bill, and felt it was not progressive enough.

“There are many things you can call the bill, but it’s Orwellian to call it progressive,” said Rep. Ro Khanna (D-California). “We can’t just rhetorically give standing ovations when the president says we’re going to end endless wars and continue to vote to fund them.”

Khanna tweeted that the bill “is a $738B handout to defense contractors that will allow the endless wars to continue.”

He added, “Congress must send a powerful message: No more war.”

The NDAA is a $738B handout to defense contractors that will allow the endless wars to continue.

The public doesn’t want more intervention & neither does the bipartisan coalition that pushed for my amendments to be included.

Congress must send a powerful message: No more war.

Limits on funding for the Mexican border wall and reversing Trump’s ban on transgender military officials were among several propositions ultimately axed.

While the overwhelming majority of lawmakers voted in favor, disproval of the bill crossed party lines.

Republican Rep. Thomas Massie (R-Kentucky) complained that he was not provided adequate time to read the final report version of the NDAA.

“The report is 3,488 pages long! The table of contents itself is 49 pages long,” Massie tweeted. “Without enough time to actually read this report & for other reasons, I voted no.”

We just voted to pass the final conference report version of the NDAA, which was scheduled last night at 10pm.

The report is 3,488 pages long! The table of contents itself is 49 pages long.

Without enough time to actually read this report & for other reasons, I voted no.

The Senate Cloakroom, which tweets from the Republican side of the Senate floor, wrote Thursday that they intend to invoke cloture, or take a vote, on the NDAA on Monday evening.

Vote Scheduled: At 5:30 pm on Monday, December 16th, the Senate will proceed to a vote on the motion to invoke cloture on the Conference Report to Accompany S.1790, NDAA