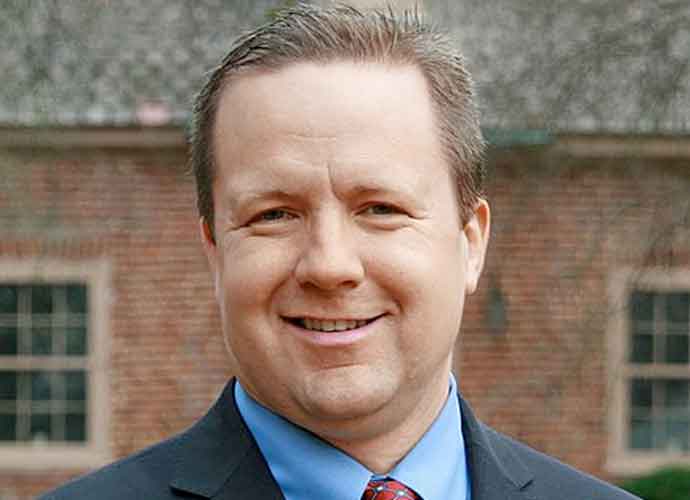 Corey Stewart, the Republican nominee challenging Democrat Tim Kaine for a U.S. Senate seat in Virginia, praised the state’s 1861 secession from the Union, comparing the move to that of the American Revolution, in a speech last year.

Stewart made the comments at an event last year in South Boston, Virginia, which was hosted by George Randell, a self-described proud secessionist, who told the New York Times, “I’m a secessionist because the federal government is anti-Christian and we’re different culturally.”

Stewart posted the video from his 2017 failed gubernatorial run on his Facebook account. Some . national Republicans, who see Stewart’s bid as potentially damaging, worry that he may end up costing some GOP down-ballot races come midterms in November.

“When you say you’re from Virginia, when you travel outside of this state and somebody asks where you’re from, you say with pride, ‘I am from Virginia. I’m very, very proud of it,” said Stewart, who was born in Minnesota, in his speech last year. “You’re very, very proud of it. And why is it? It’s because of our history, folks. It’s because of our history. This is the state of George Washington, Thomas Jefferson and James Madison and James Monroe. It’s a state of the founders. It’s the state of the Declaration of Independence and the Constitution.

“But it’s also the state of Robert E. Lee, and Stonewall Jackson, and J.E.B. Stuart. Because, at the base of it, Virginians, we think for ourselves,” he said. “And if the established order is wrong, we rebel. We did that in the Revolution, we did it in the Civil War, and we’re doing it today. We’re doing it today because they’re trying to rob us of everything that we hold dear: our history, our heritage, our culture.”

Randell, who funded the event and was introduced to Stewart by his wife, Donna Randell, were both participants in the white supremacist Unite the Right rally in Charlottesville last year, which resulted in the death of Heather Heyer after one rally attendee drove at high speed into a crowd of counter-protesters.

Jason Kessler, a lead organizer in the Unite the Right rally had previously been praised by Stewart, who has since worked to distance himself from Kessler following the Charlottesville violence.