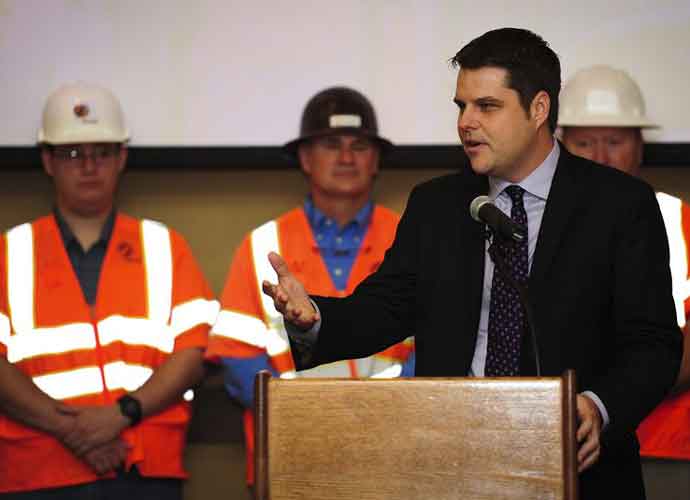 Rep. Matt Gaetz tweeted a message to Michael Cohen on Tuesday, asking Donald Trump‘s former attorney and “fixer” if his wife and father-in-law were aware of his girlfriends. Gaetz went on to say how it might “be a good time for that chat,” adding how he wondered if Cohen’s wife will “remain faithful when [Cohen’s] in prison.” The Florida representative offered no proof for his allegations of Cohen’s adultery.

Gaetz’s tweet received a lot of criticism, many arguing it was a threat against Cohen, who was set to testify before Congress the following day. Sources claimed Cohen’s testimony and the documents he presents would affirm that Trump knowingly performed “illicit” acts.

In response to a tweet from House Speaker Nancy Pelosi, Gaetz deleted his tweet in the evening and issued an apology for it:

Speaker, I want to get the truth too. While it is important 2 create context around the testimony of liars like Michael Cohen, it was NOT my intent to threaten, as some believe I did. I’m deleting the tweet & I should have chosen words that better showed my intent. I’m sorry. https://t.co/Rdbw3sTQJD

Lanny Davis, one of Cohen’s attorneys, called Gaetz’s tweet a “new low.” In a statement, Davis said, “We will not respond to Mr. Gaetz’s despicable lies and personal smears, except to say we trust that his colleagues in the House, both Republicans and Democrats, will repudiate his words and his conduct.”

Many also accused Gaetz’s tweet of amounting to witness tampering, including Walter Shaub, the former director for the Office of Government Ethics. Shaub responded to the now-deleted tweet by citing the portion of the U.S. Code that prohibits tampering with a witness.