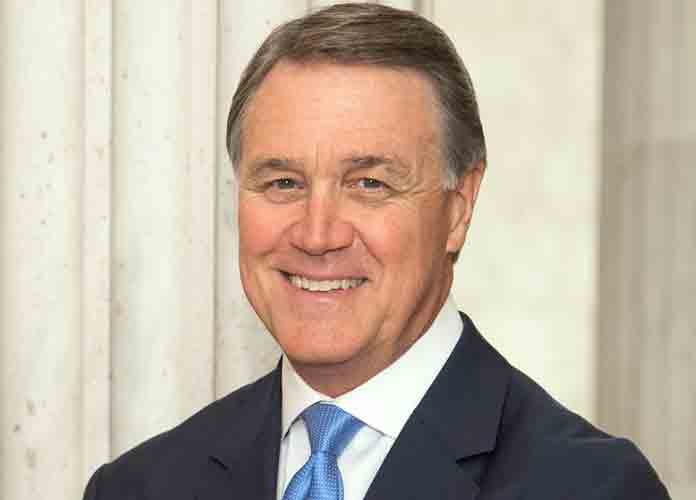 Sen. David Perdue took a college student’s cellphone on Saturday after the student tried to record the Georgia Republican while asking him a question about voter suppression in the state.

Perdue was at Georgia Tech campaigning for Brian Kemp, Georgia’s secretary of state and the GOP candidate for governor. Kemp has been accused by many people, including his Democratic opponent Stacey Abrams, of suppressing minority votes ahead of November’s midterm elections by blocking over 53,000 voter registrations, most of them belonging to black Americans. Abrams has called for Kemp to resign amid the scandal, which the secretary of state has denied being involved in. Kemp has dismissed his office’s actions as “voter roll maintenance.”

On Saturday, Georgia Tech’s chapter of the Young Democratic Socialists of America tweeted the video of the student who tried to ask Perdue a question about voter identification laws.

“How can you endorse a candidate —” the student starts by saying, but Perdue interrupts him by saying, “No, I’m not doing that” and appears to snatch his phone away before walking away.

“All right, you wanted a picture?” the senator replies.

“Give me my phone back,” the student says.

“You wanted a picture? I’m going to give it to you,” Perdue repeats.

Perdue is seen hiding the cellphone behind his back.

Today @sendavidperdue visited Tech to campaign for Kemp. A student tried asking a simple question about @BrianKempGA ‘s racist scheme to threaten voter registrations from black people, but before he could even finish the question, Perdue stole his phone. pic.twitter.com/K0iffU57Di

In a statement, a spokesman for Perdue said the senator mistakenly thought the student simply wanted a picture with him, and then claimed Perdue eventually returned the phone to the student after he realized his mistake.

“Senator Perdue spent several hours meeting with hundreds of people at the Georgia Tech game this weekend,” the statement read, according to Politico. “The senator spoke with many students and answered questions on a variety of topics. In this instance, the senator clearly thought he was being asked to take a picture, and he went to take a selfie as he often does. When he realized they didn’t actually want to take a picture, he gave the phone back.”

Kemp also hit back at Abrams and her supporters in this tweet on Wednesday:

Stacey Abrams – and her radical friends – are incredibly dishonest. The 53,000 Georgians on our “pending” list can vote in the Nov. 6th election. Her dark money voter registration group submitted sloppy forms. Now, they are faking outrage for political gain. #gapol #tcot pic.twitter.com/Ev3BEz5yNj