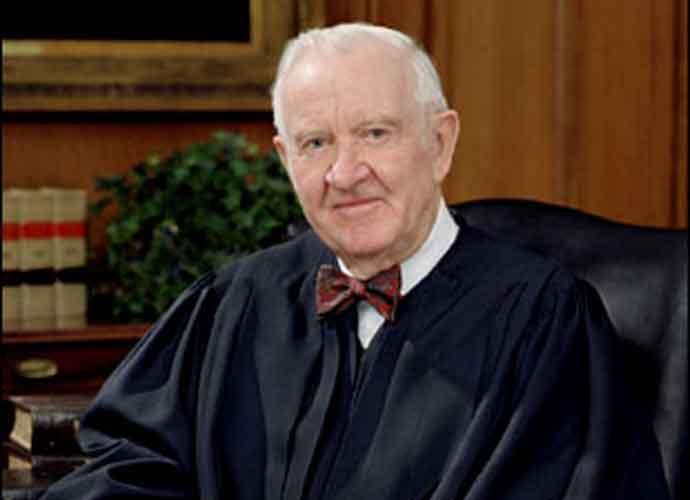 Former Supreme Court Justice John Paul Stevens said on Thursday that he does not believe nominee Brett Kavanaugh is fit to be on the Supreme Court.

Stevens, who had previously personally endorsed Kavanaugh, said to a crowd of retirees in Boca Raton, Florida that Judge Kavanaugh’s demeanor during the Judiciary Committee hearings made him unfit for the Supreme Court.

Speaking about Kavanaugh’s fiery comments and responses during the Senate hearing on Sept. 27, Stevens told the crowd, “They suggest that he has demonstrated a potential bias involving enough potential litigants before the court that he would not be able to perform his full responsibilities.”

“I think there is merit in that criticism and that the senators should really pay attention to it,” he added.

Last week in his opening comments, Kavanaugh had condemned the accusations of sexual assault made against him by Christine Blasey Ford as “a calculated and orchestrated political hit,” and that the hearings were a part of a ploy to get “revenge on behalf of the Clintons” for his role in the Ken Starr investigation that led to Bill Clinton’s impeachment.

In his 2014 book titled Six Amendments: How and Why We Should Change the Constitution, Stevens had praised Kavanaugh’s ability as a judge, and his decision in a case dealing with political contributions.

“At that time, I thought [Kavanaugh] had the qualifications for the Supreme Court should he be selected,” Stevens said. “I’ve changed my views for reasons that have no relationship to his intellectual ability.”

A lifelong Republican, the 98-year-old was nominated to the Supreme Court in 1975 during the Ford administration. He retired in 2010, after 35 years on the Bench, and was replaced by Elena Kagan.

Despite of his personally politics, Stevens was known to cross the aisle on some issues. When asked by moderator Frank Cerabino why he chose to side with liberals during his tenure at the nation’s highest court, Stevens maintained that, regardless of the politics of the president who appointed him, he was never a “political person.”

In contrast to today’s political climate, despite the political divisiveness of the mid-70s during his own confirmation proceedings, Stevens had received the Senate’s unanimous approval to the Supreme Court.

The final vote on Kavanaugh’s confirmation is scheduled for Saturday. Senate Republicans have vowed to confirm the judge, though several members of the GOP, like Sens. Jeff Flake of Arizona, Lisa Murkowski of Alaska and Susan Collins of Maine remain undecided on his final confirmation.