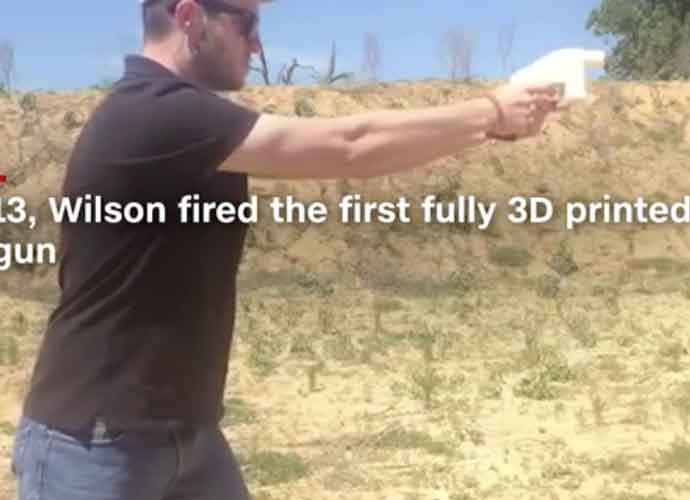 In a time crunch, a federal judge temporarily blocked a settlement that would have allowed nonprofit organization Defense Distributed to release downloadable blueprints on how to make a 3D printed gun.

The suit was filed by the attorneys general of eight states who claim the blueprints would pose a serious threat to public safety. This comes just months after President Donald Trump‘s administration had already lifted the Obama-era ban on the release of such information. According to the settlement, the Trump administration conceded and the organization was allowed to release its blueprints starting in August.

Just hours before the documents were set to be released, Judge Robert Lasnik of the United States District Court reversed the decision. He issued a restraining order Tuesday night, ruling that there would be “no posting of instructions of how to produce 3D guns on the internet” on the grounds that such information posed “a likelihood of irreparable harm.”

Gun control activists argue that the release of such information would allow anyone with a 3D printer to bypass federal background checks by simply printing their own gun at home. They also argue that these untraceable homemade guns would allow criminals and terrorists to evade detection.

“3D printed guns are functional weapons that are often unrecognizable by standard metal detectors because they are made out of materials other than metal (e.g., plastic) and untraceable because they contain no serial numbers,” state officials said in the lawsuit. “Anyone with access to the CAD files and a commercially available 3D printer could readily manufacture, possess or sell such a weapon.”

Defense Distributed founder and self-proclaimed anarchist Cody Wilson has since filed a countersuit, alleging that the ban is a violation of his First Amendment rights. “We were disappointed in the ruling and view it as a massive prior restraint of free speech,” said Wilson’s legal defense.

Judge Lasnik also acknowledged that there were “serious First Amendment issues” that still had to be worked out in court. A follow-up hearing is scheduled for August 10 to determine whether the order should be made permanent.