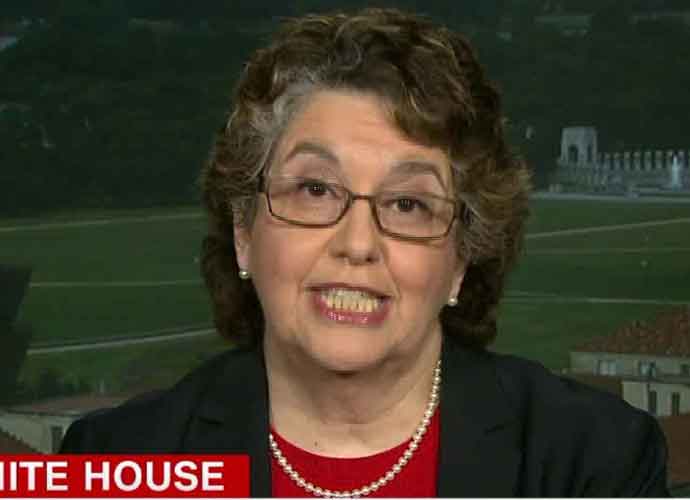 The head of the Federal Elections Commission Ellen Weintraub has sent a message to 2020 candidates reminding them that “it is illegal for any person to solicit, accept, or receive anything of value from a foreign national in connection with a U.S. election.”

Weintraub’s tweet comes on the heels of an interview with President Donald Trump on ABC in which he said that he would want to hear information on his opponent even if it came from a foreign government.

“I would not have thought that I needed to say this,” she wrote in a tweet in which she publicized her statement. “This is not a novel idea.”

During an exclusive two-day interview with George Stephanopoulos, Trump reiterated his position on impeachment and accusations of collusion with foreign governments during the 2016 election. He also stated that if offered intelligence on his opponent from a foreign government, “I think you might want to listen… I think there’s nothing wrong with listening. If somebody called from a country, Norway, [and said], ‘We have information on your opponent.’ Oh, I think I’d want to hear it.”

Trump added that he would alert the FBI if he “thought something was wrong,” other than a violation of FEC ethics and federal law.

Weintraub did not explicitly mention Trump in her statement, but her declaration’s proximity to the interview indicates concern from the FEC that not all candidates fully understand this issue.

Included in the statement was a quotation from a 1787 letter from John Adams to Thomas Jefferson in which Adams instructs caution regarding “foreign Interference, Intrigue, and Influence.” She went on to state explicitly that “anyone who solicits or accepts foreign assistance risks being on the wrong end of a federal investigation.”