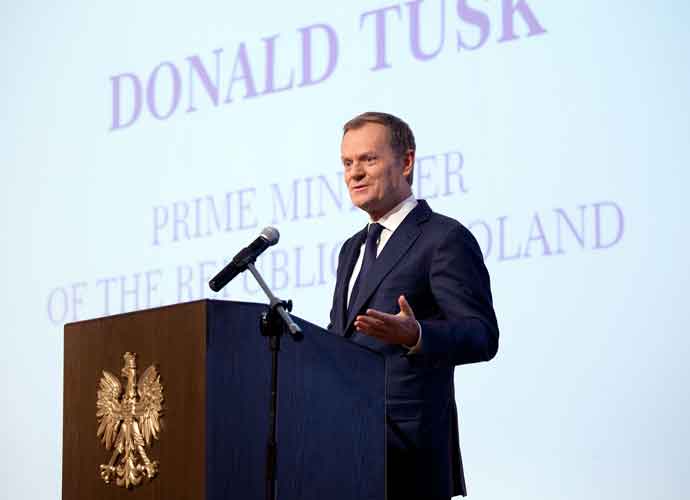 Following sustained criticism of Europe by President Donald Trump, the president of the European Council, Donald Tusk, fired back and warned Trump that he should appreciate his allies.

Tusk, a former Polish prime minister, said in a statement on the eve of the NATO summit in Brussels, “Dear America, appreciate your allies, after all you don’t have that many.” He added, “for a long time now” Trump has been criticising Europe almost daily for insufficient contributions to the common defence capabilities and for living off the U.S. Addressing the president directly, he said, “Dear President Trump: America does not have, and will not have, a better ally than Europe,” The Independent reported.

Tusk also shared his sentiment about the U.S. on Twitter, saying the EU spends on defense more than Russia and as much as China.

Dear @realDonaldTrump. US doesn’t have and won’t have a better ally than EU. We spend on defense much more than Russia and as much as China. I hope you have no doubt this is an investment in our security, which cannot be said with confidence about Russian & Chinese spending 🙂

On Tuesday, Trump travelled to Brussels for the NATO meeting, which is also being attended by leaders like Theresa May and Angela Merkel. Ahead of his visit, he tweeted :

Getting ready to leave for Europe. First meeting – NATO. The U.S. is spending many times more than any other country in order to protect them. Not fair to the U.S. taxpayer. On top of that we lose $151 Billion on Trade with the European Union. Charge us big Tariffs (& Barriers)!

Many countries in NATO, which we are expected to defend, are not only short of their current commitment of 2% (which is low), but are also delinquent for many years in payments that have not been made. Will they reimburse the U.S.?

The European Union makes it impossible for our farmers and workers and companies to do business in Europe (U.S. has a $151 Billion trade deficit), and then they want us to happily defend them through NATO, and nicely pay for it. Just doesn’t work!

Tusk has previously warned member states they should prepare for “worst-case scenarios” with Trump leading the United States regarding his threats to withdraw U.S. military protection. According to The Independent, EU officials say that Tusk privately believes Trump is “dangerous” and that his policy represents a new American doctrine without fixed friends or enemies.