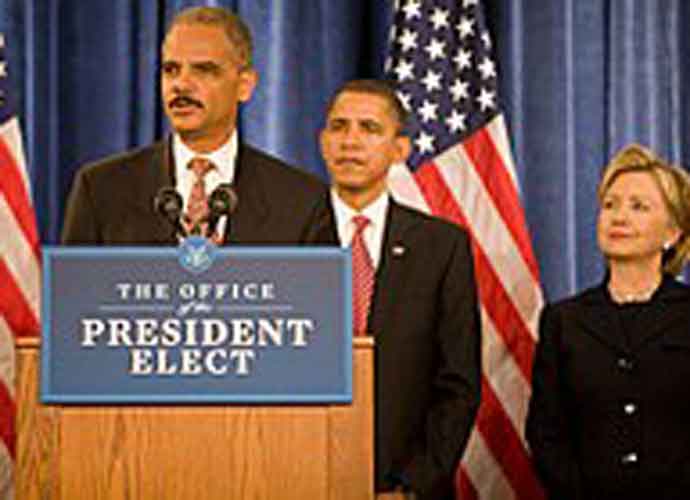 Former Attorney General Eric Holder said on Saturday he believes prosecuting President Donald Trump for his crimes after he leaves office could be dangerous for the country.

In an interview with David Axelrod on CNN, Holder said he believes Trump could likely be prosecuted after his presidency is over if Congress fails to impeach him.

“I don’t think there’s any question about that,” Holder told Axelrod — who served alongside him in former President Barack Obama‘s administration as a senior adviser — about Trump potentially being prosecuted.

Holder also warned, however, that the United States could risk a major fallout from a development such as this one. The former Justice Department leader also noted former Trump personal lawyer Michael Cohen‘s guilty plea last year related to hush money payments to the president’s former mistresses and other campaign finance violations.

“We already have an indictment in the Southern District of New York where Michael Cohen (was charged) relative to the payoffs, Michael Cohen’s already in jail with regard to his role there,” Holder said, adding the importance of Trump being labeled as “Individual -1” in that case.

“It would seem to me that the next attorney general, the next president is going to have to make a determination,” Holder added.

Axelrod also cited former President Gerald Ford’s decision to pardon his predecessor Richard Nixon for his involvement in the Watergate scandal before asking Holder what the likely repercussions of prosecuting Trump post-presidency would be.

“Yes, I think there is a potential cost to the nation by putting on trial a former president, and that ought to at least be a part of the calculus that goes into the determination that has to be made by the next attorney general,” Holder said.”I think we all should understand what a trial of a former president would do to the nation.”

Holder added he believes Ford’s decision may have cost him the 1976 election but that it was ultimately “the right thing to do.”

This week, the Democratic-led House Judiciary Committee unveiled the parameters for an impeachment inquiry into Trump. However, they continue to face opposition from House Speaker Nancy Pelosi (D-California), who has repeatedly voiced her reluctance to pursue this strategy to remove the president from office.

Holder, who last year said he believed Trump could be prosecuted for obstructing justice, was previously rumored to run for president in 2020.