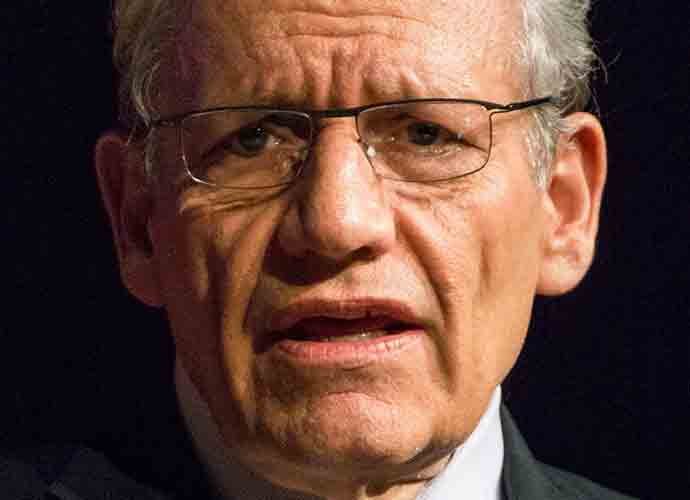 Woodward, who won two Pulitzer Prizes, tried repeatedly to speak directly with the president. Trump called Woodward then in early August, after the manuscript had been completed, to say he wanted to participate.

In that bizarre phone call Trump blamed White House staff, saying they failed to tell him about Woodward’s request.

“Nobody called my office,” the president said. “It’s really too bad, because nobody told me about it, and I would’ve loved to have spoken to you.”

Woodward told the president he requested an interview through six people, including aides and Republican senators. “I’m sorry we missed the opportunity to talk for the book,” Woodward said, later adding, “I maximized my effort.”

During the same call, however, Trump changed his story and admitted that Senator Lindsey Graham told him in a meeting that Woodward had been trying to reach him.

Woodward also told Trump, “I talked to Kellyanne about it two-and-a-half months ago,” saying he discussed the book with White House counselor Kellyanne Conway over lunch. In addition, Woodward said he put in a request through White House deputy press secretary Raj Shah, but never heard back.

The President responded, “Well, a lot of them are afraid to come and talk — or, you know, they are busy. I’m busy.”

As the conversation continued, Trump revealed Conway had walked into the Oval Office and he put her on the phone with Woodward. The president said, “Why don’t you speak to Kellyanne. Ask her. She never told me about it.”

Conway acknowledged, “I put in the request. But you know, they — it was rejected. I can only take it so far.”

It was an odd moment, since Conway has direct access to the President. “I presented it to the people here who make those decisions, but…” Conway added.

“Who are the people?” Woodward interrupted but Conway didn’t answer. “Anyway, I’ll give you back to the president,” Conway said.

Trump ended up the conversation, saying, ‘That’s okay, I’ll just end up with another bad book. What can I tell you,” Trump said. “So we’re going to have a very inaccurate book, and that’s too bad. But I don’t blame you entirely.”